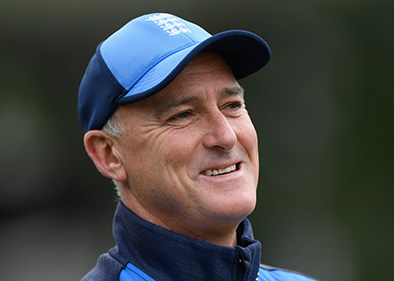 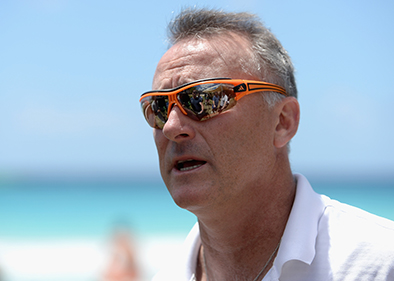 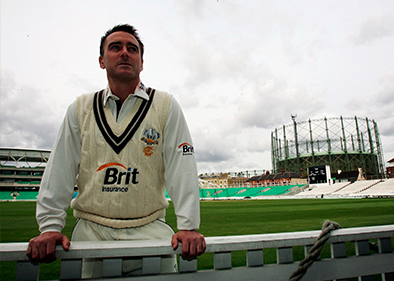 One of English Cricket's Finest Players of Spin

Graham Thorpe MBE is a former England cricketer that enjoyed a prolific career in Test Match and One Day International cricket and has since his retirement gone on to work as a batting coach for England alongside his extensive and highly sought after work as a cricket speaker. Representing England in exactly 100 Test Matches, the left handed middle order batsman is widely regarded as one of the best player of spin bowling that England have ever produced. Spending almost two decades and the entirety of his First ClassThe Oval playing for Surrey CCC, Thorpe remains a legend and incredibly well respected figure and the club often performing as a cricket speaker at after dinner speaker events held at the club.

The British born cricket speaker and player Graham Thorpe MBE began taking part in the sport at a young age, a natural right hander he trained himself to play with his left hand aged just six to stop his older brothers from bowling him out during their childhood games and to take advantage of the shorter boundary on one side. Growing up to join Surrey CCC before being selected by England cricket teams, Thorpe played professionally for almost twenty years. Scoring a century on his Test Match debut, Thorpe immediately announced himself in International cricket and made a telling impression on the game. During his work as a cricket speaker, Graham Thorpe discusses his career within the game and discusses how the immediate success he enjoyed allowed him to feel at home in the Test arena.

Developing into a very highly regarded player, Thorpe was named as one of the Wisden Cricketers of the Year in 1998 and had a tremendous ability to adapt to various situations this was shown in his hundred against Pakistan which contained just one boundary in addition to seven threes, 12 twos and 51 singles, this innings epitomised the patience and discipline Thorpe could show. His Test match highest score of 200 not out in contrast came off just 231 balls and showcased his devasting stroke making ability. During his work as a cricket speaker Thorpe shares the importance of adaptability in both cricket and life as well as sharing a fascinating insight into his incredibly ability to read and assess different situations and conditions.

During the 2002 season, Thorpe experienced marital difficulties which were well publicised in several tabloid newspapers and consequently affected his play and focus on the game. Seemingly disillusioned with constant touring away from his family, Thorpe decided to announce his retirement from One Day International cricket and changed his mind several times on whether to tour Australia before eventually dropping out of the tour entirely. However, in 2003, with family problems put to one side, Graham returned to the England team in the fifth Test against South Africa at his home ground of The Oval where he received an incredibly warm welcome as a local hero with a standing ovation. Thorpe scored an excellent 124 as England won the match to force an unlikely series draw and in the two years between his comeback and his retirement he scored 1635 Test runs at an average of 56.37. This alone highlights Thorpe’s magnificent ability to deal with setbacks and his unrelenting drive and determination is shared with guests at his audience during his work as a cricket speaker and the adversity he has endured and overcome allow him to resonate remarkably well with audiences at any event.

Retiring in 2005, Graham has since established himself as a cricket speaker appearing at local and national cricketing and after dinner speaker events, his presentations covering not only his own experience as a cricket speaker and player but also his time off the pitch, in the dressing room and in the public eye. With an impressive background and statistics to back up his credentials, Graham is an expert cricket speaker largely due to his ability to draw on both his own experience as a sportsman as well as his own personal passion and observations of the game he loves.

Thorpe took permanent retirement in 2005 after the selection committee picked the South African born English player Kevin Pietersen MBE in place of him for the 2005 Ashes. Since then Graham has worked as a dedicated after dinner speaker, however he also worked as a summariser and cricket speaker for BBC radio and Sky Sports further increasing his credentials and popularity as a cricket speaker. Graham Thorpe was awarded an MBE in 2006 for his services to British sports and has a wonderful career to recount with guests at events through a host of tales and anecdotes to share from his distinguished career. Having witnessed and been a part of the record breaking exploits of West Indies legend Brian Lara, Thorpe talks about what it was like to be involved in history.

A phenomenal performer for England and outstanding coach who is currently mentoring and assisting England batsman of the future, Graham Thorpe MBE has enjoyed a wonderful career within the game and his abundance of knowledge and experience make him an incredibly popular and revered figure in the game. Former England player Graham Thorpe MBE is available to hire as a cricket speaker for a number of events, dinners or cricket presentations and is certain to be a fantastic addition to any occasion.

When he’s at corporate events, Graham is known to cover the following topics:

To book Former England Batsman, Graham Thorpe MBE, as the cricket speaker for your corporate event, function or conference, simply contact the Champions Cricket Speakers agency by filling in our online contact form. Alternatively, call a booking agent directly on 0207 1010 553.