The 2019 Cricket World Cup is fast approaching, with the first qualifying match scheduled for the end of the month. It has been four years Australia triumphed over their joint host, New Zealand, in the 2015 World Cup. Now, for the fifth time, it's the turn of England and Wales to host this magnificent event. Let’s take a look at the latest news from the highly anticipated cricket World Cup before it starts in a couple of weeks time. 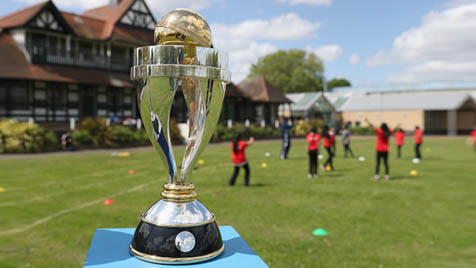 Officially known as the ICC Cricket World Cup 2019, the event features ten international cricket teams that play in a round-robin format. The top four qualifying teams go through to the semi-finals to battle it out to achieve a place in the finals. During this year's World Cup, there will only be ten teams battling it out for the trophy. The ten teams taking part this year include:

The cricket World Cup schedule has been released and will commence on the 30th May, with the first match starting on that day, at The Oval cricket ground. However, because this is a home World Cup, each match will be played at one of eleven different grounds situated around England and Wales. Some of these grounds include Old Trafford, Edgbaston and the ‘home of cricket’, Lord’s, which will be the setting for the World Cup Final.

The first release of each countries potential squad line up has been announced, with the finalisation of the line up confirmed for 22nd May.

Afghanistan's chief selector Dawlat Ahmadzai, has stated that the team's mission at this World Cup is aimed at “playing inspirational cricket”. With this in mind, here is the list of team members that are planning to feature this year:

An interesting selection for Australia’s squad this time around, with the surprise return of Steve Smith and David Warner, after serving a year ban for tampering with the cricket ball. The 15 confirmed players are:

The second highest ranked all-rounder in Test, One-day International and Twenty20 cricket, Shakib Al Hasan, has been called up for the Bangladeshi team, meaning Shakib's immediate return from the Indian Premier League. Here are the other named players in Bangladesh’s squad:

There is added pressure for England this year, being the host of this huge event. To make sure their team is up to scratch this year, Alex Hales has been withdrawn from the England World Cup squad, after he was previously suspended, following an incident in September 2015. Alex Hales’ replacement is yet to be announced, however, the latest England team members released are:

New Zealand was the first country to name their 15-man squad, including a surprising choice in uncapped wicketkeeper Tom Blundell, who has never played a one-day international before. New Zealand’s 15-man team comprises of:

The Pakistan squad line up showed that former 2017 Man of the Match, Mohammad Amir, was left out of Pakistan’s World Cup squad, and an impressive, young, new bowler Mohammad Hasnain has been called up instead. The Pakistani line up includes:

A previous key player for South Africa, Reeza Hendricks, has been denied the chance at playing in this year's cricket World Cup because of the recalling of experienced batsman Hashim Amla, making up the final numbers of South Africa’s squad list that include:

The West Indies team has had a move about this year, naming all-rounders Andre Russell and Fabian Allen as preferred players over Devendra Bishoo and Sunil Narine. A number of other players that have been a part of the tri-series squad haven't made the World Cup squad either. The full 15 part of the West Indies’ squad are: