West Indies Thrash England in the First Test? Can They Repeat It?

The fall of West Indies in Test cricket has been under close scrutiny over the past decade, but with their latest win over England in their Test match on home turf, they could be about to turn over a new leaf, laying their 'struggles' to rest.

Prior to the opening Test in Barbados, West Indies were not given much of a fighting chance by some cricket speakers and pundits, and following their emphatic 381-run victory in the first Test, West Indies' boss Johnny Grave furiously laid into England for underestimating his team on Monday. He said:

"Come on, have some respect". I can say to anyone who underestimated us, "Look guys, you've got it wrong. Give these performances the credit they deserve".

Grave even took offence to the suggestion that his West Indies side lacked quality, suggesting that with Kemar Roache he has a world-class bowler, and with Jason Holder, he has the number one all-rounder in the world. Holder's quality especially was evidenced in an incredible performance that saw him rack up a double century in their dismantling of England.

With so much success in their history, and so many of the world's most renowned cricketers having turned out for West Indies over the years, including Brian Lara and Sir Vivian Richards - it is perhaps no surprise that the confederation are not given the same billing as they once were.

Maybe now their seemingly routine victory over England might prove the catalyst for them to return to their former glories, at least in Test cricket. It has been suggested by some that they have lacked the interest in the format in recent times, instead excelling in ODIs and Twenty20. Of course, it is only three years since they last won the ICC World Twenty20 in 2016.

Is There Still Work To Do For the West Indies? & Can England Recover From A Poor Start

The first Test was made to look easy thanks in part to a poor performance from England, but also to a blistering effort from West Indies. However, England are capable of flicking a switch and England captain Joe Root was quick to confess that England played far short of their potential. He said:

"We have to remember that there are still two games left in this series and we have to come back very strong very quickly and learn a few lessons."

Root also moved to dismiss suggestions that England underestimated their opposition, saying: "At no point will we underestimate these guys; we haven't so far. It just shows how difficult it is to win away from home."

As far as West Indies are concerned, they now look to see if they can consistently deliver. Jason Holder said: "We've got two Tests to play and it's important to close out the series. Consistency is the key. We ticked a few boxes in this match but we need to turn up in Antigua and do it again."

Day One of the second test began as a mixed bag for England, as they lost both openers inside an hour. But Johnny Bairstow clawed back some momentum with a forceful 52 before Ben Stokes fell for 13. Moeen Ali managed something of a rescue mission clocking up 60 runs but England still finished at 187 all out. West Indies then batted a cool 30/0 to trail by 157 going into day two and capitalise on another England collapse. If the second Test continues in the way the last one did, as is looking the case - England are in a spot of bother.

A side story to the West Indies' Test is the future of Jofra Archer. Eligible to play for England in the summer, Archer chose England over the West Indies and is expected to push of a place in the England squad for this summer's World Cupon home turf. The young cricketer is one of the most gifted fast bowlers around and he is touted to set the world alight when he makes his long-anticipated debut. Right now, Duncan Moore and Joe Root will be wishing that was right about now!

You can view our ultimate guide to the 2019 ICC Cricket World Cup today or browse one of 100s of world-class cricket after dinner speakers to head up your corporate and sporting events. 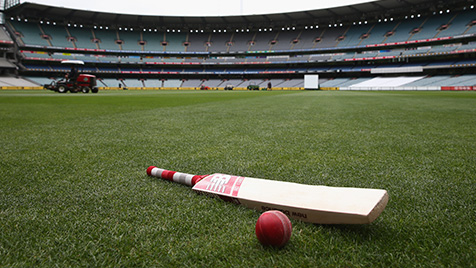