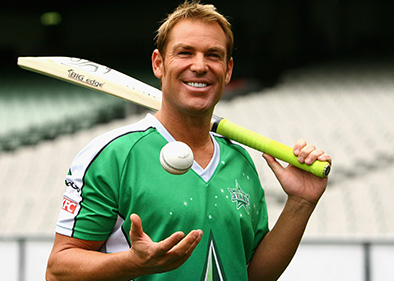 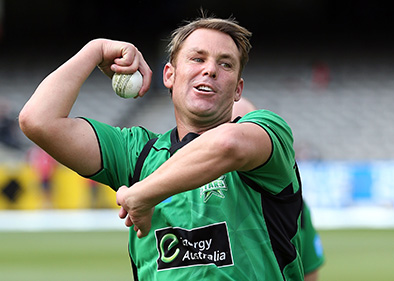 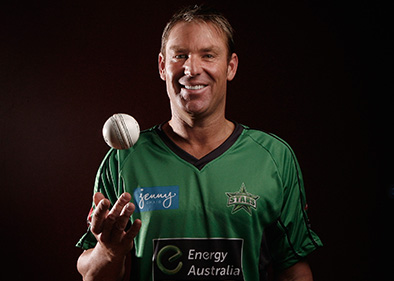 The Greatest Spinner Ever

Widely regarded as the greatest spinner of all time, Shane Warne is a legendary Australian leg break bowler who enjoyed one of the most prolific and illustrious careers in the history of the game. A truly glittering and decorated career, the record breaking bowler and television personality has also experienced his fair share of controversy. One of only two bowlers ever to achieve the unthinkable feat of taking over 1,000 wickets in International cricket, Warne is the epitome of a cricketing superstar and the mark he left on the game is transcendent. An infectious personality, Shane Warne is one of the most sought after cricket speakers in the world largely thanks to his incredible accomplishments and thoroughly entertaining character.

Having played just 7 First Class matches for Victoria, Warne was selected in the Australia Test team and took three wickets without conceding a run to win a match against Sri Lanka in one of his first Tests. Taking 7 for 52 against England following a recall to the team, Warne provided a glimpse into what was to come from a special career. Despite all of his achievements, Warne is without doubt best known for his first ball in the 1993 Ashes Tour of England where with his first delivery he bowled what would later be known as the ‘ball of the century’ dismissing Mike Gatting. Having taken 34 wickets in the series, Warne continued to dominate and regularly ended series’ as the leading wicket taker and winning numerous Man of the Series accolades. During his work as a cricket speaker Warne reminisces on ‘The ball of the century’ and the beginning of what would be a spectacular career.

Warne was named one of the Wisden Cricketers of the Year in the 1994 and 2004 as well as being named Wisden Leading Cricketer in the World in 1997 and 2005. In 2000, Shane was selected by a panel of cricket experts as one of the five Wisden Cricketers of the Century, the only specialist bowler selected in the quintet and the only one still playing at the time. A career filled with records and awards largely for his prolific spin bowling abilities, Warne was also a useful lower-order batsman and is the only player to have scored 3000+ Test runs without a career century and he holds the record for most Test runs without a century. The former captain of the Australia team, Warne was a part of the Australia team that many consider as the best team ever and won a number of ICC World Cup trophies as well as a host of Ashes Series. As a cricket speaker Warne shares his delight and honour at his personal achievements and also discloses what made team so successful.

Alongside the incredible highs and achievements in his career, Warne was also at the centre of many trials and tribulations and his career was plagued by scandals off the field including a ban from cricket for testing positive for a prohibited substance; charges of bringing the game into disrepute by accepting money from bookmakers and sexual indiscretions to name a few. These instances making for fascinating content as a cricket speaker alongside his wonderful playing accomplishments. Having captained Hampshire CCC and the Rajashtan Royals in the Indian Premier League along with playing in the Big Bash, these experiences increase Warne’s already diverse plethora of stories to share with his guests at events. Now a coach in the Indian Premier League, Warne has also held a number of spin bowling consultancy roles.

A television and media personality, Warne has worked extensively for Sky Sports and BT Sport as a commentator and pundit. Shane’s incredible knowledge and analytical ability have led to him becoming an incredibly popular pundit along with being an extremely sought after cricket speaker. With appearances on A Question of Sport along with a host of endorsement deals with numerous brands such as Advanced Hair Studio and 888Poker as well as famously appearing on I’m a Celebrity…Get Me Out of Here. These widely published ventures have further increased Warne’s already celebrity status.

The ICC Hall of Fame inductee, Australian Cricket Hall of Fame inductee and BBC Overseas Sports Personality of the Year, Shane Warne truly is a cricketing icon. One of the most recognisable figures in world cricket, Shane Warne is available to hire as a cricket speaker for any event, dinner or function and the Australian legend is certain add prestige to any occasion.

When he’s at corporate events, Shane is known to cover the following topics:

To book Legendary Australian Spinner, Shane Warne, as the cricket speaker for your corporate event, function or conference, simply contact the Champions Cricket Speakers agency by filling in our online contact form. Alternatively, call a booking agent directly on 0207 1010 553.