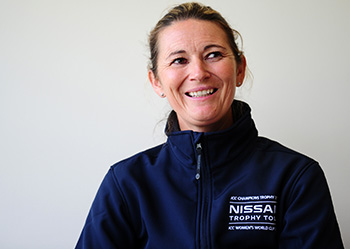 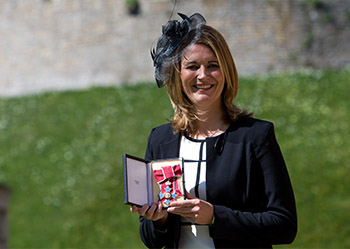 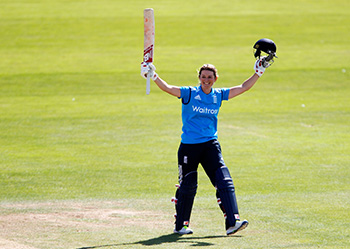 Charlotte Edwards MBE is perhaps the most recognisable Female Cricketer in England history, the former captain and mastermind behind England’s emergence and dominance of world cricket. Having made her international debut at the age of just 16 and in doing so became the youngest woman to represent England. An International career that spanned over two decades, Edwards enjoyed a truly sensational and legendary career. An inspiring leader, Charlotte’s drive and determination are second to none along with her ability to motivate other and get the best out of people. One of the best female cricketers of all time, Edwards’ popularity both within the game and on the after dinner speakers circuit are unrivalled making her an incredibly sought after cricket speaker.

Immediately showcasing her talents on the global stage, in 1997 Edwards scored a staggering 12 centuries as she began to establish herself as a fierce opening batter at a tender age and setting out on her course for legacy. A century against South Africa a day before her 18th birthday was soon followed by what was then a record breaking One Day International score of 173 not out. Shortly after this incredible feat at the World Cup Edwards went on to register her maiden Test match century as she continued to go from strength to strength. A dream start to her International career and destined for great things, Charlotte Edwards fondly reminisces on the incredible start to her career during her performances as a cricket speaker.

An incredibly serious cruciate ligament injury saw Edwards miss the majority of the 2001 season and required huge resilience and character to recover from this traumatic experience, characteristics she expands upon with great passion during her performances as a cricket speaker. Having re-established her superiority on the world stage, in 2005 Edwards stepped up from her role as vice-captain to eventually take over as the captain of the England Women’s team. Registering her 100th appearance for England what followed would create history, Charlotte was named the ICC Women’s Player of the Year in 2008. The plaudits and accolades continued to come for Edwards as she was awarded a MBE for her services to cricket in 2009 after she led England to the 2009 World Cup and the Twenty20 Championship.

An iconic figure in Women’s cricket, Charlotte Edwards is the current record holder for the most One Day International appearances for England. One of the five Wisden Cricketer’s of the Year in 2014, ‘Lottie’ as she is affectionately known remained the England captain for a decade. A truly inspirational leader; the skills Edwards has garnered from a decade’s worth of captaincy experience and expertise, Edwards’ insight and allow her to not only discuss elite sport, but elite sport from a female perspective, a flourishing facet in sport.

In a country when a vast amount of sporting success and interest has shifted to females, Charlotte Edwards has proven herself to be an excellent cricket speaker, delivering talks as an after dinner speaker to large events.

The first female to score over 2,000 T20 International runs, Edwards also became the first cricketer, male or female to score over 2,500 T20 International runs. Awarded an MBE and CBE, Charlotte Edwards led England to three Ashes Series victories. Incredibly passionate to inspire young girls to participate in sport and cricket, Edwards has worked extensively with Chance to Shine and in doing so has engaged with young aspiring people across the nation. A huge advocate of youth sport, Charlotte talks extensively about her mission and the importance of inspiring the next generation to carry on the legacy of sport during her work as a cricket speaker.

Having played across the world both internationally and domestically, Edwards has played in the Women’s Big Bash League and was vital to the creation of the Kia Super League. A true cricketing legend and icon, Charlotte Edwards has an array of knowledge and experience like few others, the abundance of information she has to share coupled with her incredibly engaging and open-hearted nature make her a fantastic addition to any event. The former Wisden Cricketer of the Year and future ICC Hall of Fame inductee Charlotte Edwards CBE is available to hire as a cricket speaker for any event, function or awards evening.

When she’s at corporate events, Charlotte is known to cover the following topics: