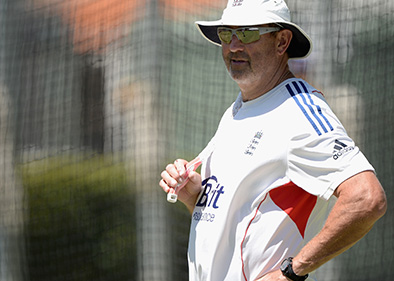 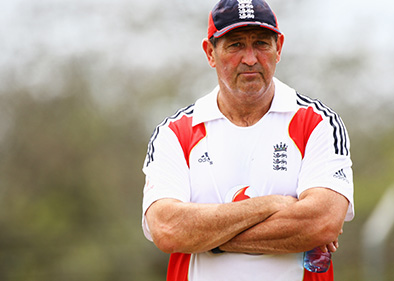 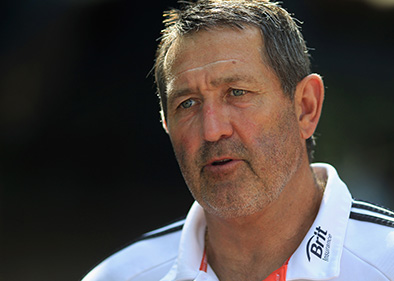 Former England and Essex Cricket Captain, Graham Gooch OBE is one of the most successful English batsmen of all time and is widely regarded as one of the most destructive batsman to have ever played the game. Having compiled almost 70,000 runs in his First Class and limited-overs career which spanned across almost three decades, Gooch is without doubt one of the most recognisable and respected figure in the game. An ICC Hall of Fame inductee that infamously scored the third highest Test score ever for England, 333 in a Test Match, the formidable 456 runs he scored during that match against India remains the most runs ever scored in a Test match. England’s 4th most capped Test player of all time, Gooch played in a remarkable 118 Tests and since his retirement has worked a the full time batting coach and has also been a mentor to England legend, Alistair Cook alongside his work as a hugely sought after cricket speaker.

One of only twenty-five players to have scored over 100 First Class hundreds, Gooch retired aged 42 with a host of records to his name. During an illustrious career both Internationally and domestically, Gooch incredibly scored over 2,500 runs in a county season which is an all time record and is also the second highest run scorer for England in Test match cricket. Playing for Essex County Cricket Club since the age of 19, Gooch remained with the county for the entirety of his career and returned to the club as a coach, to this day he is still incredibly involved at the club and is on the board along with being a cherished ambassador. During his work as a cricket speaker Gooch discusses his fondness and affinity with the County as well as sharing a host of tales and anecdotes from his life at the club.

Scoring 44,846 First Class runs in addition to 22,211 List A runs, Graham Gooch is the most prolific top flight batsman of all time. Alongside his clear batting prowess, Gooch also took over 200 wickets in First Class cricket with his medium-paced bowling and his fantastic ability in the field made Gooch seem a cricketing jack of all trades. Holding the England captaincy from 1988 to 1993, Gooch was part of the infamous Rebel Tour of 1990 and despite being banned for three years, his stature as a leading batsman remains. During his work as a cricket speaker Graeme discusses his time at the helm of English cricket while sharing incredibly insightful leadership and captaincy advice as well as discussing his involvement in the notorious ‘rebel tour’ and the stigma that surrounded it.

As a cricket speaker, Graham speaks of his times at an elite level of sport as well as key attributes to maintain performance and achieve goals, aspects relatable to both business and sporting environments. A wonderful coach that uses all of the skills and expertise he gained from his playing career to guide players, Gooch was an integral component of England’s rise to the top of Test Cricket and this experience allows him to share the key ingredients to becoming a successful coach.

An accomplished cricketer handing down his knowledge and expertise to the next generation, Gooch is a popular after-dinner speaker and cricket speaker. Delivering informative talks which would suit any event, his status as a cricket speaker has increased dramatically over the last few years. Renowned for his relentless attitude towards batting and his unrelenting pursuit for ‘daddy hundreds,’ Gooch will forever remain one of the most feared batsman in cricket and the benchmark of all England batsman to come.

Having played with 113 different team mates during his England career and been a apart of six County Championship winning campaigns, Gooch’s career within cricket is one of the most diverse and illustrious careers the game has ever seen. Having complied a host of tales and anecdotes from his extensive time within the game, Graeme Gooch is able to entertain and educate any audience through his charismatic manner which is certain to captivate guests during his work as a cricket speaker. A cricket icon and England cricket legend, one of England’s greatest ever batsman, Graham Gooch OBE is available to hire as a cricket speaker for any event, dinner or function and is certain to add prestige and glamour to any occasion.

When he’s at corporate events, Graham is known to cover the following topics:

To book Legendary England Captain OBE, Graham Gooch, as the cricket speaker for your corporate event, function or conference, simply contact the Champions Cricket Speakers agency by filling in our online contact form. Alternatively, call a booking agent directly on 0207 1010 553.