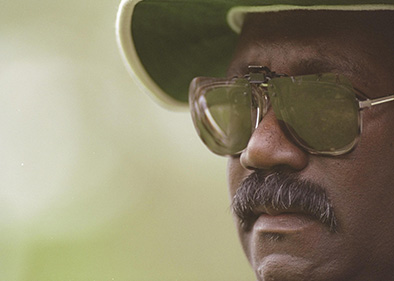 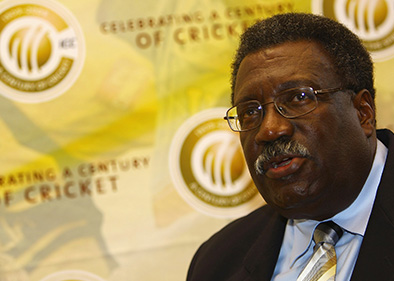 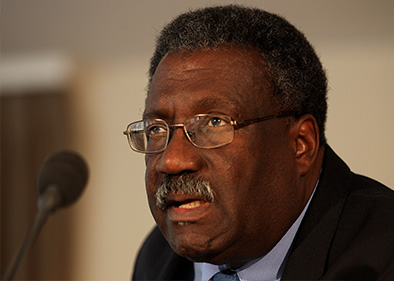 Clive Lloyd CBE is a legendary West Indian player that captained his nation for over a decade, during which time they became arguably the greatest Test-playing nation of all time. A period of sheer dominance, Lloyd is one of the most successful Test captains of all time captaining the West Indies to two World Cup titles as well as leading them to an unbeaten Test match streak which lasted 27 games. The first West Indian player ever to make over a 100 International appearances for the nation, Clive Lloyd is one of the most respected and iconic figures in cricketing history. A player, coach, commentator and match official, Clive Lloyd’s incredibly diverse career within cricket has enabled to compile a host of knowledge and experiences that he regularly shares working as a cricket speaker.

A tall and powerful middle-order batsman who occasionally bowled medium pace, Lloyd was also praised for him tremendous ability in the field particularly during his youth where he was an extremely successful cover point fielder. Renowned and instantly recognisable largely due to the fact he kept a large with moustache, stooped shoulders and wore his famous glasses as a result of being poked in the eye with a ruler. Beginning his First Class career playing for Guyana, Lloyd made his Test match debut in 1966 and went on to play 110 Test matches and 87 One Day Internationals for the West Indies. A thoroughly distinguished and decorated career, Lloyd compiled a staggering 7,515 runs in Test cricket at an average of almost 50. A hard hitting and destructive batsman, Clive hit 70 sixes during his Test career putting him 14th in list of most sixes hit by any player in Test cricket. A highly motivational and inspirational personality, during his work as a cricket speaker Clive Lloyd shares his expertise on leadership as well sharing the key ingredients that led to his glittering success in International cricket.

Legendary status at Lancashire CCC whom he represented for almost 20 years, Lloyd remains one of the most revered and cherished players to have graced Old Trafford and often reminisces about his career with the Red Rose along with his 5 seasons as captain during his work as a cricket speaker. Scoring his maiden Test hundred in his first Test match at home, Lloyd once scored a blistering 102 not out in just 120 minutes against Glamorgan CCC and in doing so equalled the record for the fastest First Class hundred ever scored. A Test Match high of 242 not out, Lloyd’s fluent and attacking style of batting often had to be sacrificed in order to work his team out of trouble.

A proud West Indian, possibly Lloyd’s greatest accomplishment came during the 1975 World Cup where he walked to the crease in final against Australia with his team’s score at 50 for 3, what followed was one of the most inspired innings in International cricket scoring a vital 102 from 88 balls and adding 149 runs with Rohan Kanhai to lead his team to a historic victory. Lloyd’s incredible innings was made even more remarkable by the fact play on that glorious day at Lord’s ended at 8:40pm making it the longest days player ever at the infamous ground. A wonderful accomplishment that will forever remain a cherished memory, Clive Lloyd CBE recollects this celebrated day that will eternally remain embedded in West Indian cricketing history.

Instilling determination and professionalism into the West Indies team, Clive Lloyd inspired a period of consistency like no other and in 1984 was pivotal to the infamous ‘blackwash’ beating England 5-0 in the Test series with Lloyd average a magnificent 67 with that bat. A series fuelled with huge social and political stigma, Clive Lloyd speaks of the rivalry and competitiveness shared between the two sides during his work as a cricket speaker.

Made an honorary Officer of the Order of Australia in 1985 largely thanks to his services to the sport of cricket that led to him having an outstanding positive influence on the game in Australia. Lloyd’s influence and impact on world cricket did not end there however, in 2005 Clive kindly offered his patronage to Major League Cricket for their inaugural Interstate Cricket Cup in the United States aptly named the Sir Clive Lloyd Cup.

The cousin of spin bowler Lance Gibbs, following his retirement as a player, Lloyd has remained heavily involved in cricket and went on to manage the West Indies team in the late 1990s as well as engaging in work as a coach and commentator. An ICC match referee in between 2001 and 2006, a role in which he was incredibly well respected by players before being appointed as the Chairman of the ICC Cricket Committee in 2008.

A legend of cricket, Clive’s abundance of knowledge and experiences is unrivalled along with his almost flawless reputation within the game. The man behind the success and domination of West Indian cricketer, the ICC Hall of Fame inductee has a host of tales and anecdotes to share with audiences during his work as a cricket speaker. An incredibly inspirational figure who exudes confidence and charisma, Clive Lloyd CBE is available to hire as a cricket speaker for all manner of events, functions and dinners.

When he’s at corporate events, Clive is known to cover the following topics: