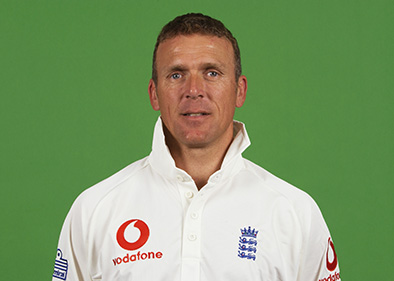 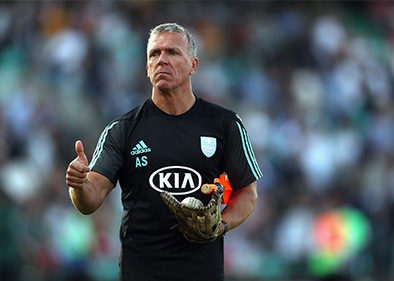 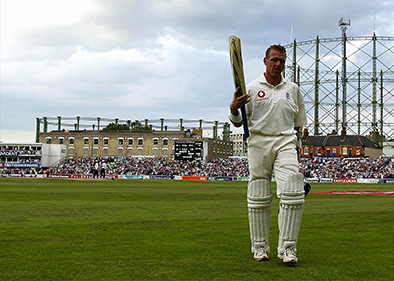 Alec Stewart OBE is a former England cricketer and captain who is currently the Director of Cricket at Surrey CCC. The second most capped Test player in England history and third most capped One Day International England player, Stewart was a prolific wicketkeeper and devastating opening batsman. Often the benchmark for English wicketkeeper-batsman, Alec Stewart OBE is an incredibly well respected figure within the game and is an incredibly sought after cricket speaker due to his phenomenal reputation and abundance of knowledge and expertise. A legend of English cricket and Surrey CCC, Alec was honoured with having the entrance at the Vauxhall End of the Oval Cricket Ground named after him, the Alec Stewart Gates, a mark of the impression he left upon the game.

A proud cricketing heritage, Alec is the son of former English Test cricketer, Micky Stewart who later became Alec’s manager while playing for England. Immediately making an impression on First Class Cricket, Alec Stewart quickly earnt a tremendous reputation as an aggressive and dominant opening batsman and at the time an occasional wicketkeeper. Having caught the attention of selectors across the country following a number of incredibly successful and consistent seasons for Surrey CCC, Stewart made his Test Match debut in the 1989/90 Tour of the West Indies. Beginning his International career predominantly as a batsman with Jack Russell keeping hold of the gloves, England soon opted to balance the side in order to play an extra specialist batsman and bowler, a move that played into Stewart’s hands. The far superior batsman between himself and Russell, Alec Stewart started to take the gloves more often for England before becoming the exclusive wicketkeeper-batsman up until his retirement in 2003.

An incredibly successful specialist batsman, Stewart speaks of his time playing solely as an opening batsman during his work as a cricket speaker and reminisces on his wonderful record averaging 46.90 in 51 Test matches which included 9 Test centuries, a fantastic record that has only been bettered by four specialist England opening batsman since World War II. A highly skilled performer, Stewart also understand the importance of versatility and diverse skillsets, a topic he breaches during his work as a cricket speaker at events explaining how his ability to perform two roles to a high level allowed him to become an indispensable member of the England team and English cricketing history.

Arguably Stewart’s fondest memory and performance came against the legendary West Indies where he became only the seventh Englishman to score a century in both innings of a Test Match making 118 and 143 runs respectively and played a major role in beating West Indies at their Bridgetown ‘fortress’ for the first time since 1935. Stewart also reminisces on a purple patch in his career during his work as a cricket speaker recollecting a span of five Test matches in 1992 in which he scored 4 Test Match hundreds one of which was a career high score of 190 against Pakistan at Edgbaston.

Having been earmarked for his leadership capabilities, Stewart was named the captain of England in 1998 at the age of 35, a quite remarkable achievement taking into consideration the average age of players retiring in cricket however Stewart’s unrelenting work ethic and impeccable professionalism, meant his physical condition allowed him to play until he was 40. A model professional, Alec scored a spectacular 164 against South Africa in his first series as captain however struggles against Australia and at the World Cup meant Alec’s captaincy came to an end after just 12 months in charge, an experience he speaks of at events during his work as a cricket speaker.

A multiple record holder, Stewart still holds the record for the most ODI’s played as a captain, wicketkeeper and opening batsman, a feat that requires a tremendous amount of mental and physical aptitude and incredibly demanding role within the team. Historically during his captaincy of England, Alec Stewart became the second International captain to concede a match following a pitch invasion during a One Day International match against Pakistan rendered the continuation of play impossible, an experience he recounts during his performances as a cricket speaker. The only player ever to have scored over 8,000 Test runs without scoring a double-century, during the 1990’s Alec Stewart was one of the most prolific players in the world and the highest Test runs scorer during that era.

Following his retirement, Alec Stewart has remained in cricket working as a coach and Director of Cricket at Surrey as well as being a Club Ambassador and England selector. Having started his own Player management agency, Arundel Promotions, Alec Stewart remains an icon of English cricket. One of five Wisden Cricketer’s of the Year in 1993, the recipient of both an MBE and OBE as a testament to his services and success as a player.

One of the most respected and experienced personalities in the cricketing world, Stewart’s passion, expertise and cricketing wisdom are unrivalled. Instantly recognisable and widely revered, Alec Stewart has a host of tales and anecdotes to share from a remarkably decorated and diverse career within cricket as a player, captain and coach. A charismatic personality, Stewart’s motivational and inspirational delivery are infectious coupled with his incredibly engaging nature making him a fantastic addition to any event, cricket dinner or presentation evening. England legend, Alec Stewart OBE is available to hire as a cricket speaker for any event or function.

When he’s at corporate events, Alec is known to cover the following topics: