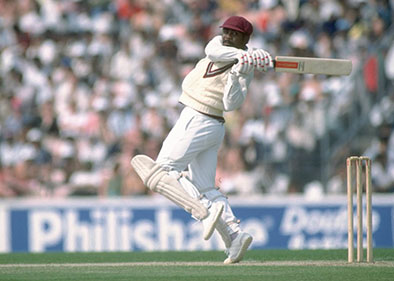 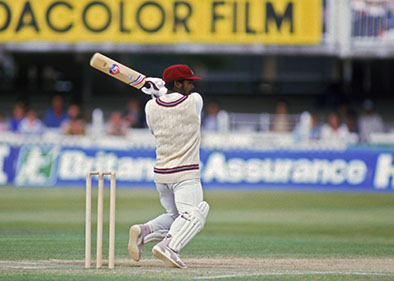 Gordon Greenidge MBE is a former legendary West Indian cricketer that enjoyed a remarkably successful career spanning over almost two decades. Forging the most prolific partnership in the history of Test Match Cricket with fellow cricket speaker Desmond Haynes, the pair amassed a staggering 6,482 runs with one another. Greenidge went on to represent the West Indies in 108 test matches and 128 One Day Internationals including appearances at the 1975 and 1983 World Cups. A West Indian cricketing icon, following his retirement Gordon took up posts as a coach alongside his work as an illustrious cricket speaker where he consistently commands large audiences and incredible popularity.

Beginning his career in English county cricket, Greenidge played the majority of his English domestic for Hampshire CCC meaning he was therefore eligible to play for England he however decided to play for the West Indies. Going on to play for his native Barbados, Gordon eventually made his debut for the West Indies in 1974 where he made his Test Match debut against India. In just his 5th test of the 1983 series against India, Greenridge became the first and only player in Test Match history to be retired not out when he was forced to leave the match in Antigua while on 154 to visit his gravely ill daughter, who tragically passed away two days later, in Barbados. During his work as a cricket speaker Gordon speaks about the beginning of both his domestic and International career along with sharing the tragedy and loss of his daughter, the impact it had on his career and the strength he had to show to bounce back and succeed.

Greenidge experienced a purple patch in his career during the 1984 Test series against England which was famously dubbed the "Blackwash" because West Indies won by a margin of 5–0. Greenidge scored two double hundreds against England in series scoring 214 not out in the second innings of the second Test at Lord's followed by a marvellous 223 in the fourth Test at Old Trafford in late July. The 214* which Gordon scored on the fifth and final day of the match as West Indies successfully chased 342 for victory remains the highest successful run chase at Lords. Greenidge also holds the record for becoming the first player to ever score a hundred in his 100th One Day International match, a feat which he achieved while captain of the team. During his work as a cricket speaker Gordon Greenidge fondly remembers these highlights that went on to become defining moments in his career that he will forever be remembered and revered for.

Throughout his career Gordon has scored 37,000 runs and a staggering 92 centuries having played domestic cricket for Hampshire CCC and Barbados for 17 years which also featured a small cameo appearance for the Scottish National team in 1990. Greenidge is now a prolific cricket speaker, delivering talks as an after dinner speaker to events and conferences throughout the country.

Following his retirement in 1991, Greenidge undertook the coaching responsibilities with the Bangladesh national team in 1997 and led the team to the ICC trophy during that year before delivery the nation with qualification for the 1999 World Cup, the country’s first appearance at the tournament. A vital component and revolutionary within Bangladeshi cricket, Greenidge pioneered the emerge of Bangladesh onto the global stage and eventually to gain Test Match status. A phenomenal motivator and coach, Greenidge shares the crucial lessons and advice he believes is most pertinent to leadership and management during his work as a cricket speaker.

Known as a powerful batsman who struck fear into bowlers throughout the world, Greenidge was an attacking and controlling batter who was solid whilst at the crease, a fact reinforced through his impressive run rate. A coherent and eloquent cricket speaker, Greenidge regularly attends events to deliver his intriguing anecdotal tales across the nation proving to be a hit anywhere he attends.

A fluent cricket speaker who comes that exudes charisma and is extremely approachable and friendly, Greenidge is a true gentleman that is able to capture the imagination of the audience and bring them into his story. Thoroughly appreciated and respected throughout the world of after dinner speakers and cricket, Greenidge is an exceptional cricket speaker and is available to hire for a number of events, dinners or occasions and is certain to be a fantastic addition to any cricketing function.

When he’s at corporate events, Gordon is known to cover the following topics: