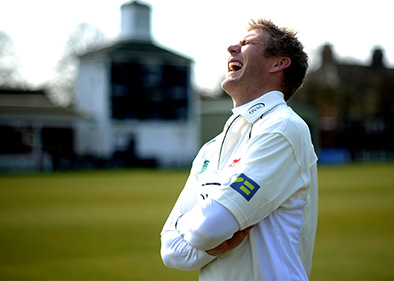 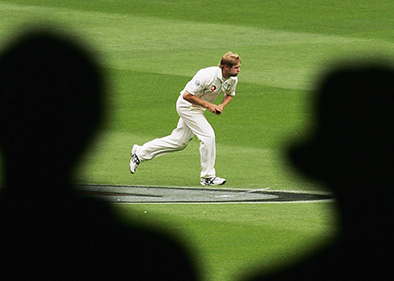 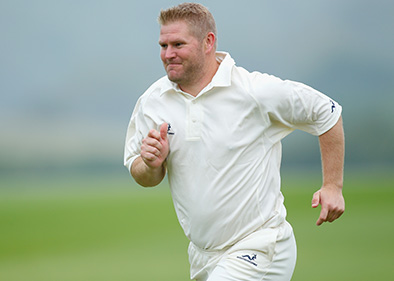 Matthew Hoggard MBE is regarded as one of the most successful cricketers to have played for England and was an integral part of the inspired 2005 Ashes winning side. Retiring in 2013, Hoggard was the captain of Leicestershire CCC as well as being a legendary stalwart for home county Yorkshire CCC. Having played almost 100 matches for England, the 2006 Wisden Cricketer of the Year is a truly wonderful cricket speaker that delivers his speeches full of enthusiasm and passion while covering topics such as competition and peak performance, ensuring he is in constant demand as a guest personality.

Heralded the ‘King of Swing’ by many, Hoggard began his career impressing for Yorkshire CCC at a young age and his ability to swing the ball was immediately apparent. Consistently taking wickets for his county Hoggard was brought into the England team in 2000 and having played only two Test Matches, Hoggard led the attack during England's 2001–2002 tour of India before later going on to take a magnificent 7/63 against New Zealand and announcing his arrival onto the International stage. Working extensively as a cricket speaker across the nation Hoggard speaks of his childhood as a budding young cricketer as well expanding on the infancy of his International career including the experiences of his first Ashes Tour which was a huge learning curve for the swing bowler.

In 2004 Hoggard became of the 34th player to take a hat trick in Test cricket, an accomplishment he achieved against the West Indies and helped the team to register the first England series win since 1967 and the first to win three Test matches in a series there. Contributing with a highest score of 38 that series, Matthew went on to take 12 wickets in a match against South Africa before a series that would most certainly prove to be the highlight of his career. An indispensable member of the historic 2005 Ashes series, Hoggard spearheaded the England attack regularly taking crucial wickets at the beginning of the innings as well as scoring arguably the most important 8 not out of his career in the fourth Test at Trent Bridge which included a well-executed cover drive for four off a Brett Lee to take a 2–1 series lead. During his work as a cricket speaker Hoggard discusses what is what like to be involved in the most historic Test series ever.

Taking 8 wickets in the second Ashes Test in Adelaide, Hoggard was injured soon after ending a run of 40 consecutive matches and at the time as the sixth leading wicket taker in Test cricket of all-time for England with 240 wickets from 64 matches. Ending his International career in 2009, Hoggard became some of a media sensation and was in huge demand which coincided with a move to join Leicestershire CCC as the captain. As a cricket speaker Matthew Hoggard discusses his illustrious and glittering career in International career as well as sharing the secrets to his success and the drive and determination required to succeed at the highest level.

Under the guidance of Hoggard, Leicestershire CCC won the Twenty20 Cup in 2011 propelling the county to become the most successful T20 team in England. Matthew’s inspirational leadership skills translate into his ability as a cricket speaker where he specialises in delivering talks as an after dinner speaker. Leading from the front during his time at Grace Road, Hoggard was somewhat of a role model to his teammates and managed to take the club to new heights. Hoggard’s professionalism and stature within the world of cricket is monumental, he ended his professional career with almost 1,000 wickets and will forever be considered as one of the greatest swing bowlers to have ever played for England.

Life after cricket is proving to be as successful and exciting for Hoggard as ever, a highly sought after commodity with global media and within the after dinner speaker circuit. Further loved due to his enthusiasm, his passion for the sport and his ability to connect with his team and the audience, Hoggard has found himself agreeing to media commitments with stations BBC, BT Sport and Sky Sports. Full of energy and enthusiasm Hoggard offers a vast amount as a cricket speaker, conveying his enthusiasm and charisma through talks as an after dinner speaker.

The current assistant coach for women’s side Loughborough Lightning, the former England legend is admired professional that works extensively as a cricket speaker alongside having numerous business engagements. The 2005 Ashes Series winner, Matthew Hoggard is available to hire as a cricket speaker and is ideal for all events due to his recognisable stature, his charming nature and the way he enchants the audience to his every word. With a host of tales and anecdotes to share from his extensive career, the charming and hilarious Matthew Hoggard MBE is certain to be a fantastically entertaining addition to any occasion.

When he’s at corporate events, Matthew is known to cover the following topics:

To book Legendary England Bowler, Matthew Hoggard MBE, as the cricket speaker for your corporate event, function or conference, simply contact the Champions Cricket Speakers agency by filling in our online contact form. Alternatively, call a booking agent directly on 0207 1010 553.