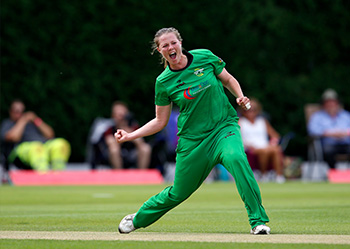 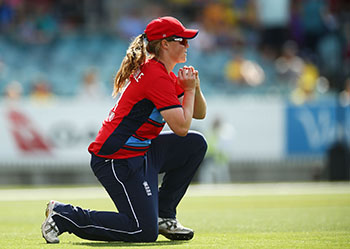 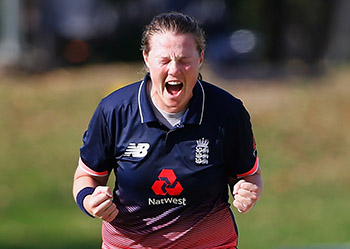 The first woman ever to appear on the cover of coveted Wisden Cricketers' Almanack, Anya Shrubsole MBE is an England International cricket and ICC Women’s World Cup winner. Having played for Somerset CCC since 2004 which was preceded by her playing for youth teams and notably the Berkshire 1st XI at the age of 12. Impressing in the Super Fours before eventually earning International recognition, Shrubsole has played for England Women’s for over a decade. With the experience of three ICC Women’s World Cup campaigns and having already played in the Women’s Big Bash League, Anya is an incredibly sought after cricket speaker.

Having already impressed for both her county team and during the Super Fours Shurbsole was already on the national selectors radar and her performance in the first match of 2007 where she took a career best 7 for 28 against Surrey Women once again caught their attention as she was selected to play for the England Women’s Invitational XI against England. Anya then went on to play for the England Development Squad and was a part of the 2007 European Championship squad. During her work as a cricket speaker Shrubsole discusses the sacrifices that were required for her to succeed in the game along with the pathway that is in place in the women’s game.

Shurbsole made her International limited overs debut in 2008 against South Africa taking a wicket on her One Day International debut followed by 3 wickets in her International T20 debut, a performance that saw her named the Woman of the Match. Receiving the Most Promising Young Women's Cricketer Award at the end of the 2008 season and was called up to England's squad for the 2009 Women's Cricket World Cup. Shurbsole continued to go from strength to strength in an England shirt and with every performance she went on to further cement her place in the England team. Reminiscing on her WIT20 career best figures of 5 for 11 against New Zealand, Anya shares the pride and honour she feels when playing for England and how she worked to diversify her skills to gain Test match recognition as well as continuing to be prolific in the shorter formats.

Following her Women’s Test debut in 2013, Shurbsole became one of the first tranche of 18 ECB central contracts for women players although the best was yet to come. Undoubtably Anya’s fondest memory and highlight of her career came during the 2017 ICC Women’s World Cup and in particularly in the final where she was named the player of the match. Consistently performer throughout competition, Anya Shrusole came into her own and wrote her name into the history books as following a below par score and against a dominant Indian team Shrubsole took an inspired and unforgettable 6 for 46 and this performance being the best ever bowling figures by any woman cricketer in a Women's Cricket World Cup final. Celebrated in a spectacular fashion and met with ecstasy from her teammates and the crowd, Anya Shurbsole almost singlehandedly turned the match on its head and won the World Cup.

An unforgettable and historic moment, Shurbsole was named one of the Wisden Cricketer’s of the Year and also honoured with an MBE for her efforts. An England hero in both the Women’s Ashes and especially the World Cup, Anya Shrubsole has a host of tales and anecdotes to share from her already glorious career along with an abundance of insightful knowledge making her an incredibly well rounded cricket speaker. The first lady to ever be on the cover of Wisden, Anya Shrubsole MBE is available to hire as a cricket speaker for any event, dinner or presentation evening.

When she’s at corporate events, Anya is known to cover the following topics: