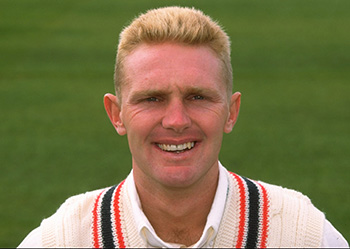 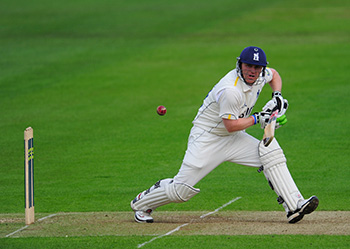 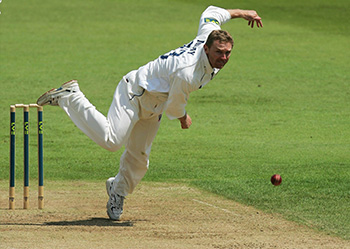 Darren Maddy is a former England cricketer who played for Leicestershire CCC and Warwickshire CCC. A prolific domestic cricketer, Maddy represented England on 15 occasions following his prolonged and illustrious career with The Foxes. The first player to score over a 1,000 Twenty20 runs, Maddy is an incredibly well respected and cherish personality within the Midlands largely due to almost two decades of service. The benchmark for Twenty20 players in English domestic cricket, Darren’s illustrious and distinguished career and reputation have led to him being an incredibly sought after and popular cricket speaker.

Maddy made his First Class debut in 1994 and quickly began to showcase his talents and establish himself as an important figure within the Leicestershire CCC team. Consistency scoring runs for his county, Maddy’s incredibly productive run scoring proved to be instrumental in Leicestershire CCC being crowned County Championship champions in 1996 and again in 1998. A prominent performer in limited overs cricket, Maddy’s diverse skillset and adaptability allowed him to become an incredibly useful player for any team. Regularly impressing on the domestic stage, Maddy was often selected in the England youth set and the England A team and it was during a match for the latter that Maddy registered his highest First Class score of 229 not out against Kenya. During his work as a cricket speaker Maddy often speaks about his development and progression from Leicestershire’s youth set-up to the professional arena.

A stalwart for Leicestershire CCC, Maddy’s consistency was rewarded with International recognition in 1998 when he made his One Day International debut against South Africa before fulfilling a childhood dream by making his Test match debut at The Oval against New Zealand. Playing three Test matches and 8 One Day Internationals, Maddy’s best performance came against Zimbabwe where he compiled a hard fought 53 and finally showed a glimpse of his wonderful ability on the International stage. A consummate professional who is forever demanding more of himself, during his performances as a cricket speaker Maddy discusses his disappointment at not fulfilling his potential in International cricket along with sharing the factors that he felt inhibited form replicating his outstanding domestic form on the global stage.

Renowned and revered for his ability in the shorter form of the game, the introduction of Twenty20 cricket in 2003 reignited Darren’s career and propelled him to new heights. Immediately succeeding in the newest and shortest format of cricket, Maddy and Leicestershire CCC soon became the kings of T20 cricket winning the competition in 2004 and again in 2006. Exploding into life through this vibrant and exciting new format, Maddy’s tremendous contribution with both bat and ball coupled with his competitiveness and ability to deal with pressure proved to be critical to his success. A huge advocate of the Twenty20 cricket, Darren Maddy often reminisces on the most successful and enjoyable years of his career while explaining how T20 cricket reinvigorated and prolonged his career.

A glittering career for Leicestershire CCC unfortunately came to an end in 2007 much to the despair and disappointment to his many supporters and fans. Maddy went on to join Warwickshire CCC and soon after his arrival was awarded with the captaincy of his new side. In conjunction with his move, Maddy received an International T20 call up as a result of his consistently prolific performances in domestic cricket. Representing England at the T20 World Cup in South Africa, Maddy reflects on the huge pride and honour he felt presenting his country in a World Cup. His most successful format in domestic cricket, this also proved to be the case at International level as he finished his national career in the format with an impressive average of almost 30 with a staggering strike rate of over 140.

Continuing his tremendously successful domestic career, Maddy led Warwickshire CCC to the County Championship title in 2008 before finally retiring as a player in 2013. An widespread and memorable career, Maddy scored over 20,000 runs in professional cricket and recorded centuries in all 3 formats which is a remarkable achievement by anyone’s standards. A useful medium pacer, Darren also took over 300 wickets across the 3 formats proving just how effective he was as an all-rounder.

Darren Maddy’s remarkable county career has seen him win a multitude of accolades and team honours however many would argue that Darren Maddy should have enjoyed a much more distinguished career in International cricket. An incredibly esteemed player, Darren Maddy is now the Director of Cricket at Solihull School and has also completed his qualifications as a Strength & Conditioning Coach.

A respected and passionate cricket speaker, Darren Maddy eloquently combines his love of the sport with the love for his home county where he spent the majority of his career. Displaying characteristics of integrity, desire and a hunger to give his all, Maddy is hugely inspirational and motivating in his work as a cricket speaker. A decorated and prolonged career within professional cricket, Darren Maddy has an abundance of tales and anecdotes to share with his audience and is certain to provide an incredible entertaining and insight performance as a cricket speaker.

A model professional, Darren Maddy is a wonderful role model and example to all showcasing what can be achieved through hard work and determination. The ideal addition to any event, Maddy’s infectiously charismatic personality as an after dinner speaker will intrigue and captivate guests at any event or cricket function. A wonderful character and fantastic cricketer, Darren Maddy is available to hire as a cricket speaker for any event, presentation evening or dinner.

To book Leicestershire & Warwickshire Hero, Darren Maddy, as the cricket speaker for your corporate event, function or conference, simply contact the Champions Cricket Speakers agency by filling in our online contact form. Alternatively, call a booking agent directly on 0207 1010 553.