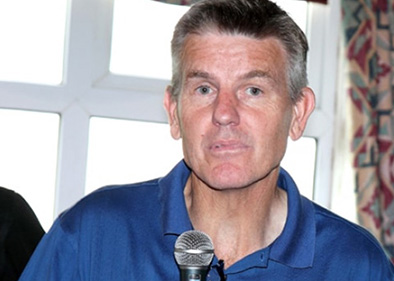 Australian Cricketer, Peter Bowler is a former wicketkeeper batsman who finished his career scoring almost 29,000 runs. Making his first-class debut in 1986, Bowler played for Derbyshire CCC, Leicestershire CCC, Somerset CCC and Tasmania before retiring in 2004. A former professional sportsman, Bowler is now an accomplished and recognised sports speaker, focusing his efforts as a specific cricket speaker with the ability to deliver keynote and after dinner speeches.

Making a century on his First Class debut for Leicestershire CCC in 1986 scoring a 100 not out before moving to Derbyshire CCC where he scored a century on his debut once again. The leading run scorer in 14 of the 17 seasons in which played for Derbyshire CCC and past a 100 in each of these years. Considered as a legend of Derbyshire cricket, during his work as a cricket speaker Bowler discusses his time in First Class cricket while share his key secrets to success that led to him enjoying a remarkable career.

In 1988, his first season with Derbyshire CCC, Bowler scored 1725 runs, a record which stood for three years and just a few seasons later he went on to enjoy yet another staggeringly success season averaging almost 70 for the season. Despite his prolonged dominance and consistent brilliance, Peter Bowler was for one reason or another overlooked by England and his disappointment at not receiving International recognition is discussed during his performances as a cricket speaker.

Peter Bowler played over 300 matches for his First Class teams and during his time at Somerset CCC he was handed the captaincy of in 1997/98 due to some excellent performances; being given this responsibility and honour showed how much faith and trust the management had in Bowler’s ability, something which he repaid them with in his performances. Leadership qualities which were abundant on and off the pitch, Bowler translates these qualities into his after dinner and cricket speaking duties.

Granted a thoroughly deserved benefit year in 2000 by Somerset CCC, Bowler ended his professional career scoring almost 30,000 runs in professional cricket as well as making over 50 hundreds. An occasional wicketkeeper, Bowler also took over 300 catches during his career and developed a reputation as a cricketing jack of all trades due to his ability to bowl off break too. A highly respected cricketer, Peter Bowler has an abundance of tales and anecdotes garnered from his diverse and extensive career within the game which he shares as a cricket speaker.

A man with a knack to entertain and engage the audience effortlessly, Bowler is a popular addition to a whole host of events and corporate functions. His ability to connect with the audience during his keynote speeches is impressive as is his knowledge and tenacity as a cricket speaker. A true gentleman, Bowler has a host of experiences that he eloquently shares with guests along with providing incredibly useful leadership and life advice. Peter Bowler is available to hire as a cricket speaker for any event, function or dinner and is certain to be a fantastic addition to any occasion.

When he’s at corporate events, Peter is known to cover the following topics:

To book Former First Class Cricketer, Peter Bowler, as the cricket speaker for your corporate event, function or conference, simply contact the Champions Cricket Speakers agency by filling in our online contact form. Alternatively, call a booking agent directly on 0207 1010 553.