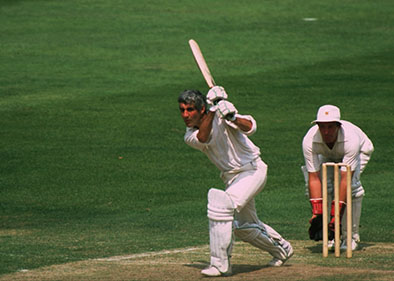 Mike Brearley OBE is a former England cricketer and famous captain that is one of the most well respected players to grace the England team, now working as a cricket speaker and previous President of British Psychoanalytical Society, Brearley is one of the most cricket speakers of his generation. Widely regarded by many as the greatest tactical captain to have played the game, Brearley epitomised the importance of captaincy and was often renowned for being selected as a captain as appose to a player.

Becoming a professional cricketer in the early 1960’s, Mike Brearley OBE spent the majority of his career playing for Middlesex County Cricket Club and became well known as an excellent wicket keeper and for his impressive management abilities. Brearley captained his team to four County Championship trophies and he is also known for appearing in the Free Foresters’ very last First Class fixture in 1968 keeping wicket for the team and scoring 91. Continuing to affiliate himself with the club, Brearley works as a cricket speaker at notable club events and functions.

Brearley also spent a number of years as the Captain of the International England cricket team, the role he is best known for. Captaining the side at 31 of the 39 Test matches in which he took part, Brearley helped his team win more than half of those they played and lost only four matches during his time in charge. Brearley appears as a cricket speaker at England International after dinner speaker events both sharing tips and insights into successful captaincy as well as reliving some of the teams’ glory days.

Brearley was not selected for England until the age of 34 and his record in Test cricket as a batsman was mediocre however he made up for this through his ability as an outstanding captain. Able to draw the best from the players in his team, Brearley was captain during the infamous aluminium bat incident in 1979 and also during the same tour he caused controversy by ordering all his fielders including the wicketkeeper to the boundary with three runs required off the last ball of the match (this was legal by the rules of the time), a tactical decision that drew equal amounts of scrutiny and admiration. A distinctive appearance as a batsman, Brearley was quite the innovator and wore a 'skull cap' under his England cap in 1977 as a form of safety. Captaining England to an agonising 1979 Cricket World Cup final, Michael Brearley discusses his time at the helm of English cricket during his performances as a cricket speaker while sharing invaluable leadership advice that is applicable to all walks of life.

Michael Brearley OBE retired from professional cricket after almost thirty years as a player and in 2007 became the President of the Marylebone Cricket Club (MCC). Since then Mike has pursued a career as a writer, cricket speaker and psychoanalyst, drawing on the knowledge gained in his academic studies of Philosophy at Cambridge University. During his time as a player Brearley worked alongside some of the most notable players in British history including Michael Smith, Michael Holding, David Gower, Bob Willis and Ian Botham providing with a host of insightful tales and anecdotes to share with audiences during his work as a cricket speaker.

Still remembered for his successful England captaincy Brearley was described by Rodney Hogg as having “a degree in people”, Brearley has always been both physically talented and intellectually astute, and the lateness of his selection into the England team only allowed him to further develop his cricketing skills and academic studies. Brearley’s captaincy abilities remain highly respected and his book, The Art of Captaincy, remains a staple of cricket literature. A legend of English cricket and a cricketing genius, Mike Brearley OBE is available to hire as a cricket speaker for any event, dinner or function.