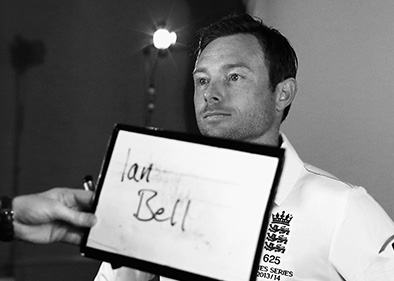 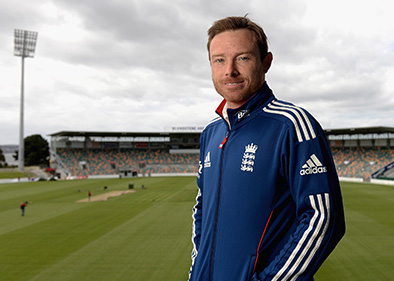 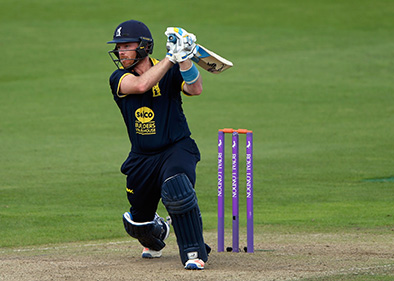 Ian Bell MBE is a former England batsman that currently plays for Warwickshire CCC. One of the most gifted and elegant players to grace the game, Bell enjoyed a glittering career in an England shirt and was an integral component in England’s middle order for a number of years. One of few players to score a century against all current Test Match playing nations and whose success garnered a place on the 2006 New Year’s Honours List where he was honoured with an MBE for his services to British sport, Bell is also an incredibly sought after an popular cricket speaker that works at a host of events across the nation.

Born in Coventry Ian Bell MBE has played for his local domestic team, Warwickshire County Cricket Club since the age of 16 years’ old making his First Class debut in 1999, Bell finally made it into the Warwickshire First XI in 2001 and has continued to work as a batsman and cricket speaker for the team ever since. Beyond his commitments as a player Bell has also worked as a sports speaker on Warwickshire CCC’s Cricket Board along with embarking upon a four year spell with Marylebone Cricket Club.

Bell currently holds the record for Warwickshire’s youngest ever First Class centurion after he scored 130 against Oxford UCCE at 19 years and 56 days old and spent much of his youth career known as the greatest under 16 player of his generation, with some even suggesting he was the best player they had ever seen at this age. Bell continued his fine form that season to become the county’s youngest ever capped player, a huge affinity with the club, Bell frequently appears as a cricket speaker for his local club and is beloved by fans and Warwickshire locals. During his work as a cricket speaker Ian Bell often discusses his emergence and youth in cricket along with sharing his love and gratitude for Warwickshire CCC.

Bell’s domestic success coupled with his impressive displays in England representative teams led to International recognition in 2004 and he immediately made an impact with his style being incredibly pleasing on the eye. Bell endured a few years where he found himself in and out of the England team and had an overwhelming uncertainty over his place in the team, a time which he talks about during his work as a cricket speaker sharing the emotional rollercoaster and journey he overcame to become a great. Going back and once again proving himself in the domestic arena he transformed his form and confidence to become arguably England’s most important and reliable batsman.

Bell went on to represent England in over 100 Test Matches scoring a remarkable 22 centuries and 42 half centuries. Playing a vital role in England’s unforgettable 2005 Ashes Series victory, Bell received an MBE and in 2006 was named the International Cricket Council’s Emerging Player of the Year. Ian Bell went on to play in five Ashes Series becoming the second player ever to do joining Ian Botham. During his performances a cricket speaker Bell discloses what it is like to be involved in an Ashes series along with sharing a unique insight into the gamesmanship and sledging that takes places in one of sports most famous rivalries.

Having played around the world in all manner of conditions and environments, Bell is extraordinarily well placed to deliver a well informed and holistic view into the world of cricket as a cricket speaker. With an incredibly successful and distinguished career to his name, Bell holds a Test average of almost 45 and has compiled almost 8,000 Test runs to go along with over 5,000 One Day International runs from almost 150 matches. This illustrious International career along with his recent exploits in the Big Bash allow him to provide a truly captivating and inspirational performance as a cricket speaker.

A staggering career within cricket, Ian continues to be a role model and stalwart at Warwickshire CCC alongside his extensive work as a cricket speaker. With a host of tales and anecdotes to share with guests and audiences across the nation, Bell has competed against some of the most acclaimed international cricketers of the last ten years allowing him to share stories and insights about these personalities and what he learnt playing with and against fellow legends of the sport. A English cricketing sensation, Ian Bell MBE is available to hire as a cricket speaker for any event, dinner or function and is certain to be a fantastic addition to any event.