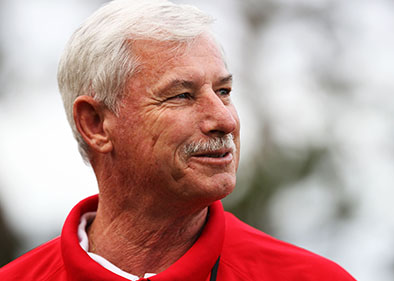 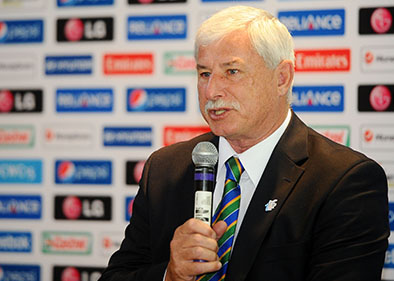 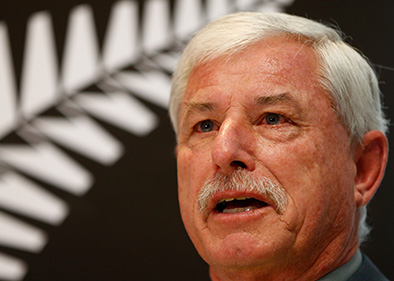 Widely regarded as one of the greatest cricketers of all time, Sir Richard Hadlee is a New Zealand cricket legend who was selected by Wisden as the second greatest Test bowler of all time. A bowling all-rounder, Hadlee is rated by many experts as the greatest exponent of bowling with the new ball. As one of the four top all-rounders of his time, Hadlee had the best bowling average of the four but the lowest batting average despite his incredibly useful and often crucial contributions with the bat. Assessed as 12th Best Cricketer of all time in ESPN Legends Of Cricket, Sir Richard Hadlee is now an incredibly popular and sought after cricket speaker who performs across England and New Zealand recounting tales and anecdotes from an outstanding career.

Born in Christchurch, Hadlee made his First Class debut for Canterbury in 1971/72 and his Test Match debut in 1973 and on both occasions his first delivery was dispatched to the boundary. Richard was an inconsistent performer at test level for several years however a breakthrough performance against India in 1976 in which he took 11 wickets in a game resulting in a win by New Zealand cemented his place in the side. In 1978, Hadlee helped New Zealand to a historic first win over England by taking 6 for 26 in England's second innings, bowling the visitors out for 64 chasing a target of 137.

One of his greatest achievements in a New Zealand shirt came in 1979-80 against the legendary West Indies. In the first test of the series New Zealand achieved a shock 1-wicket win largely thanks to Hadlee's 11 wickets in the match before he scored his maiden Test century, helping New Zealand draw the 2nd test and therefore win the series 1–0. The result was the start of a 12-year unbeaten home record for New Zealand in Test Match series. Hadlee was appointed a Member of the Order of the British Empire (MBE) in the 1980 Queen's Birthday Honours. During his work as a cricket speaker Hadlee discusses this historic triumph along with recollecting what was arguably New Zealand’s greatest period in International cricket.

At the centre of almost every New Zealand success for the remainder of his career, Hadlee’s tremendous performances included historic victories against England and Australia which were the first time his nation had ever defeated the respective opposing country. Appointed as a Knight Bachelor for services to cricket, Hadlee was the first player to ever reach 400 Test wickets and ended his International career in a fitting manner taking a five wicket haul as well as taking a wicket with his last ball. Ending his International career with breath-taking statistics, Sir Richard Hadlee scored almost 5,000 runs in addition to taking almost 600 wickets in International cricket. the first player to complete the double of scoring 1000 runs and taking 100 wickets in One Day International history, during his work as a cricket speaker Hadlee fondly recalls the highlights of his career and speaks about what his achievements and contributions meant for New Zealand cricket.

Equally dominant in domestic cricket, Sir Richard Hadlee became infamous at Trent Bridge where he performances for Nottinghamshire CCC will almost never be matched. Representing Nottinghamshire in between 1978 and 1987, Hadlee only played three full seasons due to injuries and Test calls and these three seasons saw in 1981, 1984 and 1987 led to 105, 117 and 97 wickets respectively for each season with the latter being at an average of 11.89, the lowest since 1969. Voted the PCA Player of the Year on each of the three seasons, Richard also won The Cricket Society Wetherall Award for the Leading All-Rounder in English First-Class Cricket four times. A legend at Nottinghamshire CCC, In the 1984 county season, Hadlee completed a feat rare in the modern age by doing the county 'double' scoring 1000 runs and taking 100 wickets in the same season. As a cricket speaker Hadlee discusses his affinity for the club as well as sharing a host of tales and anecdotes from his record breaking tenure at the club.

Winner of the Windsor Cup on 13 occasions, including 12 consecutive years for the most meritorious bowling performance of the season, Hadlee was voted as both the New Zealand Sportsperson of the Decade and the New Zealand Sportsperson of the last 25 years in 1987. In his work as a cricket speaker Sir Richard reminisces fondly of his experience as a player on both a domestic and international level and shares captivating insights into the changes and developments taking place in cricket during this renowned era.

Now a dedicated cricket speaker Sir Richard Hadlee MBE works tirelessly to help encourage and develop young sports men and women through his charitable fund, the Sir Richard Hadlee Sports Trust which provides underprivileged young people with an opportunity to pursue the sporting or cultural ventures they love but might otherwise not be able to take part in because of some hard ship they face. A cricketing icon and legend, Sir Richard Hadlee enjoyed one of the most successful careers of all time and is available to hire as a cricket speaker for any event, dinner or function where he is certain to provide a truly compelling and inspirational performance at any occasion.

When he’s at corporate events, Richard is known to cover the following topics: