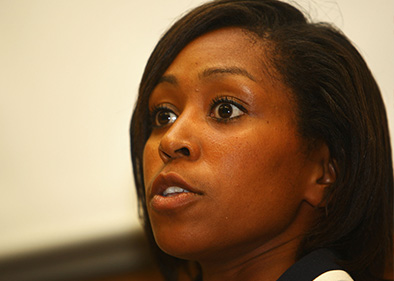 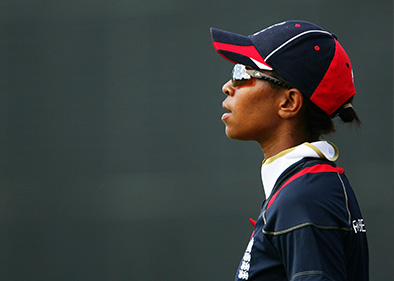 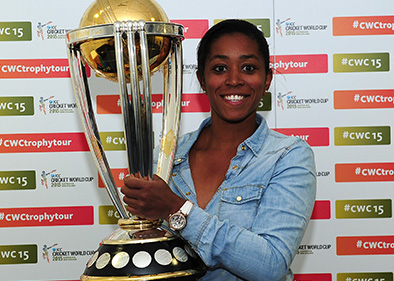 History making Cricketer, Ebony-Jewel Rainford-Brent is former England Women’s cricket player who became the first black women to represent the England Cricket team. Making her International debut in 2001 aged just 17, Rainford-Brent formally also enjoyed a prolonged and illustrious career with Surrey Women’s. With a remarkable story to tell about the emergence of her career, Rainford-Brent’s rise to fame along with her impressive accomplishments have led to her becoming and incredibly desirable cricket speaker and after dinner speaker. The current Director for Surrey Women’s Cricket and one of the first Chance to Shine coaching ambassadors, Ebony has enjoyed quite the career within cricket.

Representing the England Women’s cricket team in 22 One Day International matches, undoubtedly the highlight of Rainford-Brent’s career came during 2009 when the England Women became World Champions after beating New Zealand in Australia and quickly followed up this victory by claiming the ICC Women’s World Twenty20 crown as well as retaining the Women’s Ashes. Individually, Ebony’s International career highlight also came in 2009 where she was awarded the Player of the Match against the West Indies, with a career best 72 not out. A thoroughly impressive International career, during her work as a cricket speaker Rainford-Brent discusses what it meant to her to represent her nation along with the pride and magnitude of her accomplishment in becoming the first black woman to ever play for England Women.

Rainford-Brent’s career with Surrey Women’s also saw her captain the team highlighting her leadership ability as she led the team to promotion to the top flight of domestic women's cricket. Ebony remained loyal to the team that she began her cricketing journey with spending the entirety of her playing days at The Oval despite showing sporting prowess in both basketball and football. A proud Londoner, Ebony fondly recollects her domestic career during her work as a cricket speaker and also discusses her ongoing association with the club in both administrative, managerial and cricket speaking roles.

A wonderful role model to young girls wishing to participate within sport and in particular to those who could be faced with potential barriers, Ebony-Jewel Rainford-Brent is an exceptional example to anyone that hard work, determination and a never say die attitude can achieve, attributes she centres on as a cricket speaker. Extensively involved in charity work, Rainford-Brent assists the charity which introduced her to the game, Cricket for Change along with being a huge advocate and ambassador for cricket charity, Chance to Shine. Incredibly passionate about introducing cricket to younger and less fortunate individuals, during her work as a cricket speaker Ebony discusses both the role of the charity and the role she plays as well as expressing her desire to promote cricket to a wider audience and aim to inspire the next generation.

A list of achievements which some players will never experience throughout their entire careers, let alone within the space of 12 months, Rainford-Brent and the rest of the England Women’s team became an inspiration within female sport. Her role model and history breaking persona have escalated Ebony-Jewel Rainford-Brent to prime position when it comes to delivering talks as an after dinner speaker.

A prominent TV broadcaster, commentator and pundit, Rainford-Brent works extensively for Sky Sports, BBC Sport and Test Match Special covering games across the nation and internationally. The first woman cricketer to score 3 consecutive ducks in World T20I history, Ebony is also a cricket executive for renowned charity, The Lord’s Taverners and a trustee for the England and Wales Cricket Board. An incredibly varied and diverse career within the game and one that has been successful in ever facet, Ebony’s story alone as a cricket speaker will engage and absorb the audience throughout her time on stage and this alone has already made her a firm favourite on the cricket speaker circuit.

A truly inspirational figure that is certain to captivate and empower any audience, Rainford-Brent has a host of tales and anecdotes to share from both her life and career in cricket and will definitely leave a lasting impression on guests at any event. A truly remarkable individual, Ebony Rainford-Brent is available to hire as a cricket speaker for any event, function or cricket dinner.

When she’s at corporate events, Ebony is known to cover the following topics: