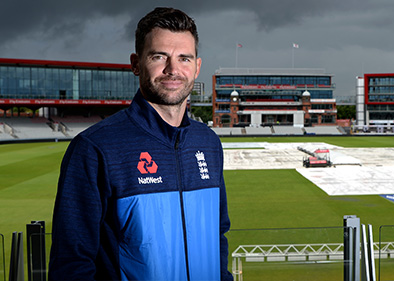 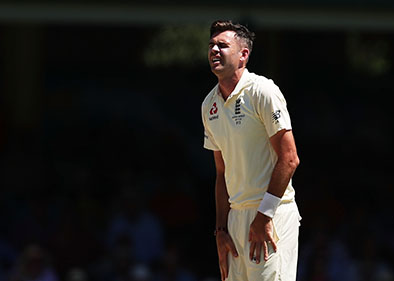 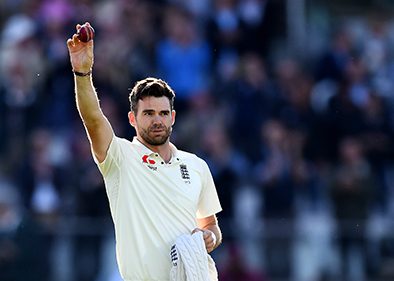 One of the Greatest Swing Bowlers of all Time

The greatest England bowler of all time, James Anderson OBE is widely regarded as one of the best swing bowlers to ever play the game. A fast bowler with a unique and remarkable ability to swing the ball both ways at pace and with tremendous control, Anderson’s bowling often defies logic and he has, therefore, be heralded as a genius. The current England vice-captain, James Anderson holds the record for the most Test Match and One Day International wickets for England and became the first England bowler ever to take 500 Test wickets. Fondly known as ‘The King of Swing’  Jimmy Anderson continues to play for his boyhood county Lancashire CCC and on 3 August 2017 Lancashire CCC announced the Old Trafford Pavilion End would be renamed the James Anderson End as a testament to Anderson’s achievements and accomplishments in the game. Already a legend of the game while an active player Anderson now focuses solely on Test Cricket in an attempt to prolong his career and has, therefore, began to work extensively as a cricket speaker around the nation and is a speaker in huge demand.

Making his first-class debut for Lancashire at the age of 19, his England ODI debut at 20 and has become an integral part of England’s rise to the number one Test team in the world.

James’ skills as a prolific fast bowler have been particularly apparent in Test cricket where his command of swing bowling has been the stuff of artistry, bearing comparison with any swing bowler in any age. England’s player of the year in 2012, no Englishman in the history of the game has more International wickets than James.

Off the cricket pitch, James co-hosts popular podcast Tailenders for BBC Radio 5 Live alongside writer and cricket fanatic Felix White & Radio1’s Greg James. He has also released his own book Jimmy – My Story in 2012 that documented the highs and lows of his cricket career through injury and triumph.

Jimmy has successful brand partnerships with a number of key brands including Adidas, Slazenger and Thomas Cook Sport, having previously worked with Wellman, Brut and various other lifestyle brands. Anderson also has a keen interest in fashion and released his own 22-piece capsule collection in conjunction with Chess London.

Jimmy executive produced the documentary ‘Warriors’, following a group of young Maasai who, in a remote region of Kenya, have formed a cricket team. The film follows the team as they pursue their dream of reaching England, the home of cricket, and test themselves in the amateur ‘Last Man Stands World Championship.’

James is a proud ambassador for the following charities – Nordoff Robbins, The James Milner Foundation and the LCCC Foundation.

When he’s at corporate events, James is known to cover the following topics: