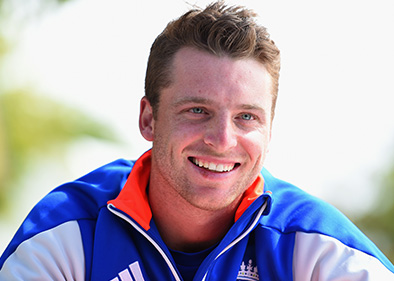 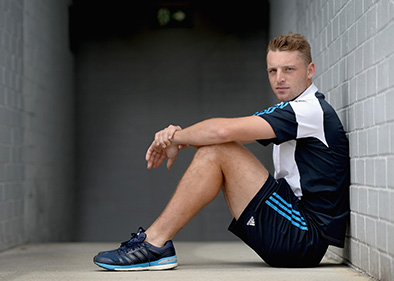 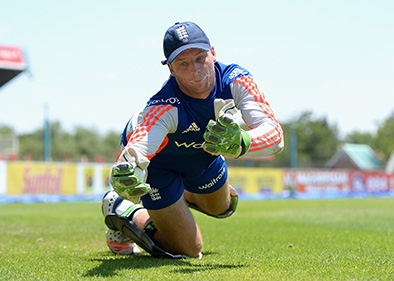 One of the Most Exciting Batsman in the World

Jos Buttler MBE is an English cricket player and cricket speaker that is best known for his extraordinary talent and devastating batting abilities. An integral part of England’s limited overs cricket, Buttler ia arguably the most destructive batsman in England. Having played around the world as a T20 specialist, Jos invigorates crowds around the globe and has proved to be just as entertaining during his work as a cricket speaker where he travels the nation performing at a host of after dinner speaker events.

Born in Somerset, Buttler is a talented right-handed batsman and more than able wicket keeper who maintains an incredibly successful career as a cricket speaker alongside his duties as a player. A schoolboy prodigy, Jos made his debut for home county Somerset CCC in 2009 after many successful years in there junior set up and a quite remarkable school cricket career which culminated in him being named Young Wisden’s School Player of the Year. Jos also impressed England from a young age and was therefore a part of youth England teams before being named to be apart of the England Under 19’s team and joined them on their 2010 trip to New Zealand for the Under-19’s Cricket World Cup. During his work as a cricket speaker Buttler discuss how he got into cricket along with providing a better understanding and background of his rise to International glory.

Buttler made his maiden first-class hundred in just his fourth County Championship fixture and impressed in List A when his maiden List A half century was pivotal in turning a match in Somerset’s favour through a blistering innings. Buttler’s incredible composure and ability to chase down totals like he did in that game would become something he was renowned for. Named Man of the Match in Somerset’s semi-final victory over Nottinghamshire CCC in the Friend’s Providence T20 in 2012, Jos was quickly capturing the attention of England selectors. Breaking into the England team to play in International T20 fixtures, Buttler went on to cement his place in the side and quickly became one of the most talked about and exciting prospects in English cricket. Discussing the infancy of his International career during his work as a cricket speaker Jos explains the difference in standard along with the pressure and challenges you are faced with at that level.

Unsatisfied at representing England in just one format of the game, Buttler was introduced into the One Day International as a batsman before taking over as the wicketkeeper too which ensured he would become a consistent fixture within the team. With limited overs competitions coming around thick and fast Buttler represented England in the ICC T20 World Cup in 2012 and 2014 as well as appearing in the 2013 ICC Champions Trophy, these experiences allowing him to discuss what it is like to represent your country in global events and the keys to succeeding in knockout tournaments.

Playing in both the 2015 Cricket World Cup and the 2017 ICC Champions Trophy Jos became increasingly familiar with high pressure situations and thrived in them leading to his selection in the ICC World ODI XI in 2016. A unique ability to score runs all around the ground, Buttler’s incredible repertoire of shots have often left the crowd, opposition and even his own teammates speechless along with the power he effortlessly generates allowing him to clear the boundary with ease and grace. One of the hardest batsman to bowl to in world cricket, Jos has won games of cricket single handily for England on numerous occasions and this along with his fantastic cricketing brain has led to him being named England’s vice-captain in limited overs cricket. Renowned worldwide for his ‘scoop shot’, Buttler’s batting has been described as ‘breath-taking,’ and ‘swashbuckling’ largely down to his array of explosive and innovative strokes that effortlessly combine power with sweet timing.

One of the most sought after limited over players in world cricket, Jos Buttler is ever present in T20 Franchise cricket and has played in the most lucrative tournaments around the world including the Big Bash and of course the prestigious Indian Premier League where he has once again showcased his wonderful talents on the world stage. Playing with and against some of the best players in the world, Jos has a host of talents and anecdotes to share with his guests from these incredible experiences as well as providing a unique insight into the lives and minds of crickets biggest superstars. Recently in the 2020 New Year Honours Jos was awarded an MBE for his services to cricket.

The former Somerset CCC that is currently playing for Lancashire CCC when not representing England, Jos Buttler is without doubt one of the most exhilarating batsman in English cricket. Having played for England in all three formats, Buttler is uniquely placed to share advice and comparisons between Test Match and limited over cricket from around the world. A real entertainer both on and off the field, Jos Buttler is available to hire as a cricket speaker for any event, dinner or function and is certain to be a fantastic addition to any occasion.

When he’s at corporate events, Jos is known to cover the following topics:

To book One of England's most exciting talents, Jos Buttler, as the cricket speaker for your corporate event, function or conference, simply contact the Champions Cricket Speakers agency by filling in our online contact form. Alternatively, call a booking agent directly on 0207 1010 553.