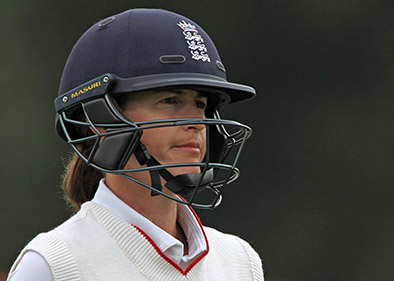 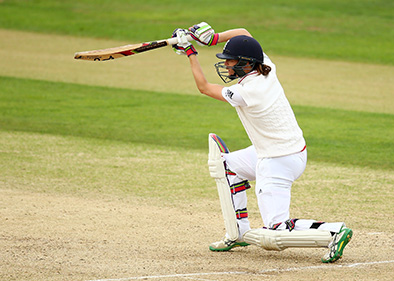 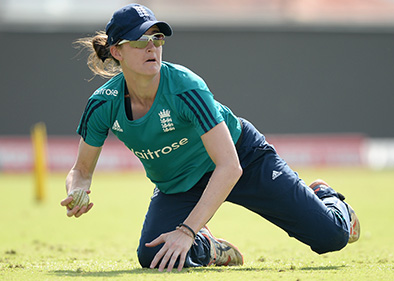 Lydia Greenway is a former England Women’s cricketer that represented her nation for over a decade. One of the most capped England players of all time, Greenway was widely regarded as the best fielder in the world and gained huge plaudits for her dynamic and innovative stroke player largely thanks to her spectacular array and ability to execute numerous sweep shots. Representing England Women’s on over 200 occasions, following her retirement from the game Greenway has become an incredibly sought after and popular cricket speaker.

Making her debut in 2003, Lydia immediately made an impact on International cricket being a part of a record 203 run partnership in her first match and went on to become an integral member of the England team until her retirement. A hugely talented fielder, Greenway was also known as the “finisher” in her batting role due to her incredible ability to see the team over line on numerous occasions along with her ability to thrive in pressure situations and guide others through to victory. Scoring over 3,000 runs in her International career, Greenway enjoyed tremendous success in an England shirt and won numerous accolades including the 2009 ICC Women’s World Cup, the ICC World T20 Championship and numerous Ashes series victories. Often winning Player of the Match and Player of the Series accolades, Greenway was named the Women’s Cricketer of the Year in 2010 due to her incredible contributions to a glittering and successful year for England. During her work as a cricket speaker Greenway about the highlights of her career as well as explaining the transformation and growing stature of the Women’s game.

A truly wonderful and decorated career, Lydia’s career has also allowed her to experience things that would otherwise would never have been possible such as meeting the Queen at Buckingham Palace and meeting the Dalai Lama in the foot hills of the Himalayas on separate occasions; both experiences making her realise how sport opens up limitless opportunities, a topic she shares during her work as a cricket speaker.

Lydia spends a lot of her time in schools and clubs delivering cricket masterclasses along with motivational talks to the children as well as to businesses and cricket clubs. She also specialises in sports awards evenings, acting as a great host or presenter of awards. Growing up in male dominated sport, Lydia has experienced a huge number of challenges in her career and believes challenges and set backs are part of what makes successful and well-rounded people. This is at the centre of her talks along with how to get the best out of your ability and what it takes to build a World Cup winning team.

A future England Women’s Hall of Famer and current player for Kent Women’s Team, Lydia has dedicated a large amount of time promoting the women’s game and attempting to increase participation in young girls across the nation. In January 2017 Greenway announced the launch of her all-female cricket academy: Lydia Greenway's Cricket for Girls, which is aimed at coaching females of all abilities and ages and a direct reflection on her attempts to continue the already phenomenal growth of the women’s game. A England Women’s hero, Lydia Greenway is available to hire as a cricket speaker for any event, dinner or presentation awards evening and her presence at any occasion is certain to raise the stature and prestige of the event.

When she’s at corporate events, Lydia is known to cover the following topics:

To book Former England Women's Player, Lydia Greenway, as the cricket speaker for your corporate event, function or conference, simply contact the Champions Cricket Speakers agency by filling in our online contact form. Alternatively, call a booking agent directly on 0207 1010 553.