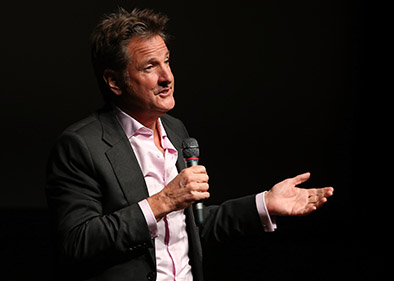 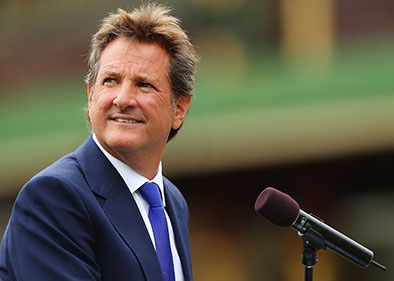 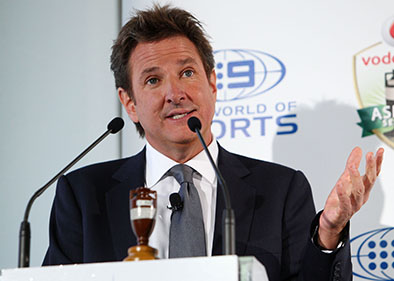 Mark Nicholas is a former cricketer and captain that played for Hampshire CCC for almost two decades. Perhaps better known for his exploits following his retirement as a player, Nicholas has worked extensively as a commentator and broadcaster covering cricket matches around the world. Enjoying an incredibly successful career working for Channel 4 and Sky Sports, Nicholas’ popularity has grown as a result of his fine work and he has become an instantly recognisable figure in the cricketing world. An eloquent and polished cricket speaker, Nicholas is an extremely popular figure amongst guests and fans around the world and regularly commands large audiences during his work.

Known for his suave appearance and urbane manner, Nicholas captained Hampshire CCC to four major trophies winning the Benson & Hedges Cup twice in the space of four years along with the Natwest Trophy and the coveted Sunday League. An impressive playing career saw Mark compile over 25,000 runs in professional cricket as well as taking over 173 wickets with his useful medium pace bowling. With an accomplished batting average of 35 over the course of his 377 First Class appearances, Nicholas scored 36 centuries including a career best 206 not out. Despite captaining England A on tour to Zimbabwe in 1989–1991, Mark Nicholas never represented his country and discussing his disappointment at not being able to gain International honours but also fondly recollects the wonderfully successful and decorated playing career he had. With a host of tales and anecdotes compiled from his career that are certain to entertain any audience and with an abundance of leadership advice, Mark Nicholas really is a brilliant cricket speaker.

Since his retirement as a player, Nicholas has worked in broadcasting and first worked as a commentator for Sky Sports before being the anchor-man for Channel 4's cricket coverage. Presenting and commentating on both domestic and International matches, Nicholas became the face of cricket coverage and his tremendous presentational ability coupled with his staggering and insightful knowledge allowed him to flourish in the role and further develop his credentials as a cricket speaker. Nicholas also been a prominent broadcaster in Australia where he has worked exclusively for the Nine Network replacing Richie Benaud as the face of cricket on Nine. Marks’ rise to the top of Australian sports broadcasting is unusual in that he never played at International level during his cricketing career and especially as every other senior member of Nine's on-air team has played at the elite level, many of them captaining Australia. A testament to his remarkable ability and prowess as a broadcaster, Nicholas has commentated on and presented numerous Ashes Series, ICC Cricket World Cups and the 2012 Summer Olympics showcasing his diverse and varied work for Nine that have provided unique and fantastic experiences that he shares with guests as a cricket speaker.

The anchor-man for the world renowned EA Sports Cricket 07 video game further expanded his repertoire of work and also instantly made his voice known to viewers and children around the world. Currently into his eighth year as main presenter and commentator of Cricket on Five, Nicholas released his delightful autobiography A Beautiful Game: My Love Affair with Cricket in 2016 sharing his life and career within the game and providing a glimpse into his work as a cricket speaker.

An extremely well known and respected figure within the cricketing world Mark Nicholas has enjoyed tremendous success both on and off the pitch as a player and broadcaster. With experiences and knowledge garnered from various facets of the game and from around the world, Mark Nicholas is able to provide unique and compelling content as a cricket speaker and has the ability to instantly captivate guests at events. A charismatic personality that exudes elegance, Mark Nicholas is available to hire as a cricket speaker for any event, dinner or function and is certain to be the idyllic addition to any occasion.

When he’s at corporate events, Mark is known to cover the following topics:

To book Former Player & Renowned Pundit, Mark Nicholas, as the cricket speaker for your corporate event, function or conference, simply contact the Champions Cricket Speakers agency by filling in our online contact form. Alternatively, call a booking agent directly on 0207 1010 553.