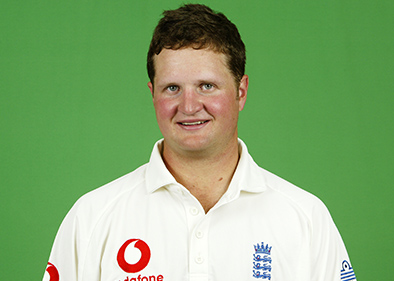 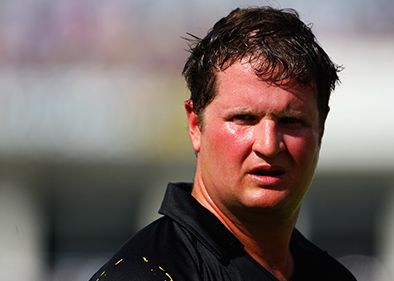 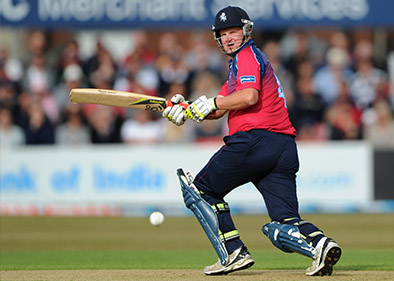 Rob Key is a former English cricketer who is best known for his distinguished career for Kent CCC along with a brief period as an England player. A prominent pundit for Sky Sports following his retirement as a player, Key played for Kent CCC for almost two decades and is an ICC Under 19 World Cup winner. An incredibly popular and well respected figure in English cricket, Rob Key works extensively across the nation as a cricket speaker sharing a host of entertaining and insightful tales and anecdotes during his performances.

A childhood prodigy, the right handed opening batsman played for both England Under 17s and the England U19s following a number of impressive performances for the Kent Second XI. Key was an integral part of the England team that won the 1998 ICC U19 World Cup scoring 206 runs in the tournament. Upon his return to England Key scored his first First Class century against Middlesex CCC before doubling his career tally against Nottinghamshire CCC before once again joining the England U19 team. The leading run scorer in the youth Test matches against Pakistan with an average of almost 70 and with already two First Class hundreds to his name, Key’s tremendous year in domestic cricket led to selection in the England A team. During his work as a cricket speaker Rob Key discusses the start of both his junior International and domestic career and fondly recalls the Under 19 World Cup victory.

Making his Test Match debut against India in 2002, Key played in the 2002-03 Ashes Series before making his One Day International debut and being named Wisden Cricketer of the Year. Having also made a solitary appearance in International T20 cricket during the ICC Twenty20 World Cup, Rob played for England in all three formats accumulating a total of 21 appearances for his nation. As a cricket speaker Rob Key talks about the experiences from his International career in particularly reminiscing on the wonderful double hundred he scored as well as sharing his disappointment and not playing more.

A remarkable domestic player, Rob Key played over 500 matches of professional cricket during an incredibly illustrious and distinguished career. Scoring over 25,000 runs including over 60 hundreds and 100 half centuries, Key was a tremendous and revered domestic player that regularly scored over 1,000 runs a season. The Kent CCC captain for almost a decade, Key led Kent to the County Championship Division Two Championship title in 2010, two Twenty20 Cup Finals Day appearances as well as a Friends Provident Trophy final. A terrific captain for his county that was held in the highest regard as a cricket speaker Rob shares leadership advice with guests that are applicable to all walks of life. An incredibly consistent and productive batsman in domestic cricket, Key was always criticised for his weight and many feel it was a contributing factor for him only playing a handful of games for England. Key discusses the scrutiny and criticism he received about the subject as well as sharing unique insights into the incredible hard work he put in and the adversity he went through in an attempt to rectify the problem.

Transitioning into commentary during the latter stages of his playing career, following his retirement in 2016 Rob Key has gone on to work extensively for Sky Sports as a commentator and pundit covering high profile matches and tournaments around the world. An incredibly prevalent member of Sky Sports’ broadcast team, Rob Key has become one of the favourite pundits in the eyes of supporters largely thanks to his honesty and tremendous analytical abilities that he delivers in a manner that is extremely relatable to viewers. Key has become a wonderful addition as a presenter and his entertaining yet insightful manner similar to that during his work as a cricket speaker has been vital to his ever increasing popularity.

A former England International, prolific batsman and captain turned pundit, Rob Key has an abundance of knowledge and experience to share from his career within the game as a player and commentator along with a plethora of hilariously entertaining stories that are extremely popular amongst guests. A true gentleman of the game, Rob Key is available to hire as a cricket speaker for any event, dinner or awards presentation ceremony and is certain to be fantastic addition to any occasion.

When he’s at corporate events, Rob is known to cover the following topics: