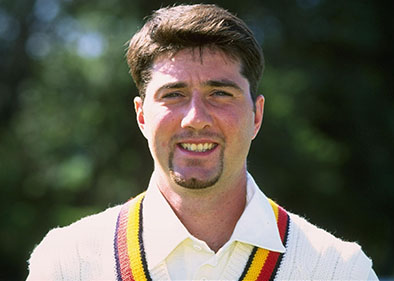 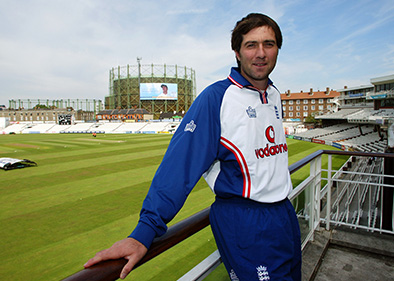 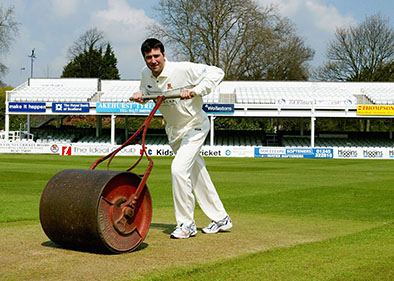 Ronnie Irani is a former English cricketer who is best known for his time playing for Essex CCC and a fantastic One Day International career for England. A talented all-rounder, Irani gained cult status during his time at Essex as well as a spell captaining the team following his move from Lancashire CCC. Combining his intelligent and consistent bowling with destructive stroke play, Irani enjoyed a fantastic playing career and since his retirement has become somewhat of a TV personality alongside his appointment as Cricket Committee Chairman at Essex CCC. An incredibly popular figure amongst fans and cricket supporters across the nation, Irani’s popularity as effortlessly transferred to his work as a cricket speaker.

Beginning his career with Lancashire CCC, Irani moved to Essex CCC in 1994 and remained at the London club for over a decade before announcing his retirement in 2007 due to a recurring injury. A tremendous competitor and team player, Irani is renowned for his ability to help and develop fellow teammates and young cricketers such as fellow cricket speakers and England players, Alistair Cook and Ravi Bopara. Of Iranian descent, during his work as a cricket speaker Ronnie discusses his childhood and recollects the start of his career in England.

Making his One Day International debut in 1996 before his exploits in an England shirt led to Test Match selection in 1999. During his career Irani struggled to make a significant impact in the longer format of the game and this resulted in him only playing in 3 tests in comparison to the 31 ODI’s he accumulated. An extremely effective and adaptable all-rounder, Irani’s verbality and diverse skillset allowed him to enjoy and experience a memorable International career. An integral part of the England limited overs team, arguably Ronnie’s highlight came when he was awarded Fans' Player of the Series in 2002 Natwest Series featuring India and Sri Lanka for his allround performance. During the series Irani scored 169 crucial runs in addition to taking 8 wickets at vital intervals in the tri-series. During his work as a cricket speaker Irani reminisces on his time in International cricket and fondly recollects his unforgettable five wicket haul against India and match winning half century that also came against India.

A very entertaining and infectious personality, Irani scored over 20,000 runs in professional cricket and also took over 650 wickets during his career. The former Essex CCC captain, Ronnie was a part of the team that won two major One Day titles and his limited overs experience and expertise that he shares as a cricket speaker were absolutely vital to the team success. Struggling to recover from a recurring knee injury, Irani was forced to end his career playing just as a batsman and his ability to successfully do so was a testament his batting prowess.

A comedic figure, Irani is known by many sports fans for an "Exercise Routine” during an England One-Day International in Australia which became famous and is still replayed to this day. Preparing to bowl, Irani was conducting his warm up routine when unbeknown to him the Australian fans were imitating his routine behind his back. When he discovered what they were doing, he played up to the tens of thousands of fans and became quicker as to make the fans carry on even more, this infamous occasion makes for hilarious content during Ronnie’s performances as a cricket speaker and is a situation that Irani will forever be remembered for and highlighted his light hearted nature.

An enigmatic and pleasurable figure, Ronnie Irani enjoyed a prolific and distinguished career as a player experiencing success at both International and domestic level. With an abundance of amusing tales and anecdotes to share with guests in addition to his vast experiences and knowledge including various leadership advice, Ronnie Irani is available to hire as a cricket speaker for any event, dinner or function.

When he’s at corporate events, Ronnie is known to cover the following topics:

To book One of England's most revered and cherished personalities, Ronnie Irani, as the cricket speaker for your corporate event, function or conference, simply contact the Champions Cricket Speakers agency by filling in our online contact form. Alternatively, call a booking agent directly on 0207 1010 553.