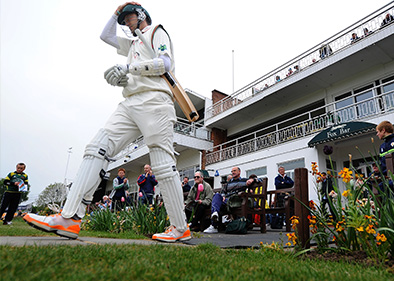 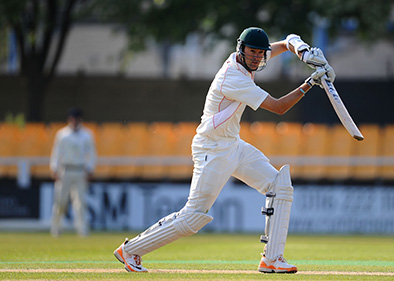 Known for his impressive height, William Jefferson is an ex-professional cricketer who represented Essex CCC, Nottinghamshire CCC and Leicestershire CCC throughout a career which spanned over a decade. The 6ft 10 opening batsman made his debut in First Class cricket for Essex in 2002, scoring 815 runs during that time. Now retired from the sport due to persistent injuries, Jefferson has turned his attentions to becoming a respected and renowned cricket speaker and after dinner speaker across the nation.

Rising to prominence in 2004, Jefferson hit his finest form scoring 1555 first-class runs, averaging 55.53 including 6 centuries during that time. Moving onto pastures new in 2006, Jefferson joined Nottinghamshire CCC and was a key member until he left for Leicestershire in 2009. Throughout multiple injuries in his career, Will Jefferson has continued to dedicate everything to the sport which he loves and was rewarded in 2007 by an England A call up for the tour of Bangladesh. The pinnacle of his International career, as a cricket speaker, William talks of the drive and determination needed to achieve such a high level of peak performance.

Jefferson ended his professional career with over 10,000 runs to his name including over 20 centuries which were compiled while playing for his three domestic counties. A disciplined yet intimating batsman, Jefferson’s enormous stature made it incredibly difficult for bowlers to find success against him as Will was so easily able to dominate. An incredibly gifted player, many cricket fans and experts hold Jefferson in the highest regard and remember him as one of the most naturally and effortlessly hard hitting batsman in domestic cricket. A major contributor in Essex CCC’s Second Division County Championship victory, during his work as a cricket speaker Jefferson discusses this triumphant season as well as sharing a unique insight of what both life and the game looked like from such a height.

Arguably Jefferson’s proudest moment in the game and the one he will be best remembered for came during his time with Leicestershire CCC. Being an incredibly effective and productive performer in Twenty20 cricket, Jefferson proved to be crucial to Leicester’s success as he famously struck three boundaries in the ‘super over’ semi-final win before again contributing to the incredible final and victory much like he did throughout the season. Retiring due to reoccurring injuries, Will reminisces on this unforgettable day and campaign during his work as a cricket speaker in a much more measured and calculated manner than the almighty roar with which he celebrated on that day.

Life after Cricket has found Will Jefferson focusing his efforts on delivering intriguing and engaging talks as a cricket speaker; over recent times Jefferson has been a hit within after dinner speaker circuit, finding that his experiences and expertise have attracted the attention of event organisers throughout the country.

A rising star within the world of after dinner speaking, William Jefferson is a respected cricket speaker who adds a different dimension to the events that he attends. A highly intellectual individual who was educated and Oundle School and Durham University, Will has been involved with various business ventures following his retirement one of which has led to him being an incredibly effective and successful mentor to young aspiring individuals across the nation. An infectious personality and true gentleman of the game along with being one of the tallest players to have played the game, Will Jefferson is available to hire as a cricket speaker for any event, function or dinner and is certain to be head and shoulders above the rest at any occasion!

When he’s at corporate events, Will is known to cover the following topics:

To book Former Professional Cricketer, Will Jefferson, as the cricket speaker for your corporate event, function or conference, simply contact the Champions Cricket Speakers agency by filling in our online contact form. Alternatively, call a booking agent directly on 0207 1010 553.