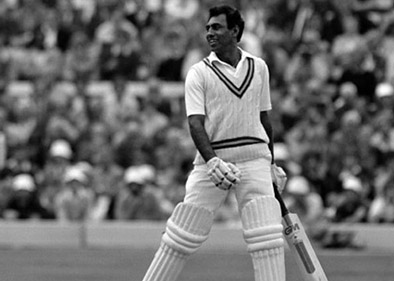 Sheikh Basharat Hassan or Basher Hassan as he is more commonly referred to is a former cricket of Kenyan descent that is perhaps best known for his time playing for Nottinghamshire CCC. Widely regarded as one of the most talented and impressive batsmen of his generation, Hassan is a prominent performer on the after dinner speakers circuit where he specialises as a cricket speaker. A popular and recognisable figure particularly in the Midlands, Bashar Hassan has also spent several years working as the Nottinghamshire CCC Development Manager providing him with the unique knowledgeable and expertise of recognising and nurturing future talent within the game.

Hassan started his career playing club cricket in Kenya before eventually making his First Class debut for the East African Invitational XI in a match against the Marylebone Cricket Club. Having had his first taste of cricket at this level, Bashar moved to England in order to join Nottinghamshire CCC and went on to make his debut against Oxford University in 1966 while still serving what was at the time a mandatory period of qualification. Despite his return of 579 runs in the 1967, Bashar Hassan was forced to miss the 1968 season as a result of Sir Garfield Sobers’ presence in the Nottinghamshire team.

Having begun his career as a wicketkeeper, Hassan soon developed into more if an opening batsman only taking the gloves occasionally during List A matches. A fluent batsman, Bashar made a great impression through his dynamic fielding displays. It was in fact his fielding that garnered great praise from Wisden in 1971 which read "his brilliance in the covers stamped him as one of the outstanding men in this position in the country," huge praise that is still recollected with great pride during his work as a cricket speaker.

Making his mark in the Nottinghamshire CCC team in 1969, Bashar Hassan soon established himself as vital player for the county and went on to represent the team for almost a decade. Passing the prestigious 1,000 runs for the season mark on five occasions, during his work as a cricket speaker Bashar speaks fondly of his time at Trent Bridge and pays particular attention to the welcoming and accommodating dressing room and team culture during his career.

Bashar Hassan’s impressive career came to an end in 1985 having scored over 20,000 runs in professional cricket. Arguably Hassan’s greatest accomplishments were the 182 not out he made against Gloucestershire CCC and a List A high of 120 that he compiled against Warwickshire CCC. A brief taste of International cricket also followed for Hassan as he was involved as the 12th man for England during a Test Match at Trent Bridge. Hassan speaks of the unique opportunity he experienced during a historic Ashes series and expands on what is inevitably the dream of any young cricketer.

Following his retirement, remained in England and his respected presence and reputation at Nottinghamshire CCC saw him serve as Nottinghamshire’s Development Manager for a number of years. Basher’s extended affiliation with Nottinghamshire Cricket Club has ensured his presence to a number of club functions where he is often called upon to regale audiences with stories and anecdotes about his time at the club and several tales from the dressing room that filled the tabloids during this period!

A proud Kenyan, Hassan also works as a cricket speaker in his native country of Kenya often endearing to encourage more young people into the sport and in particularly cricket. A tremendously popular figure who is thought of in the highest regard and looked upon with great affection, Basher Hassan has a truly unique and inspiring story to tell from his distinguished career in cricket. A true gentleman, Basher Hassan is available to hire as a cricket speaker for any event, presentation evening or dinner and is certain to be a fantastic addition.

When he’s at corporate events, Basher is known to cover the following topics:

To book World Class Kenyan Cricketer, Basher Hassan, as the cricket speaker for your corporate event, function or conference, simply contact the Champions Cricket Speakers agency by filling in our online contact form. Alternatively, call a booking agent directly on 0207 1010 553.