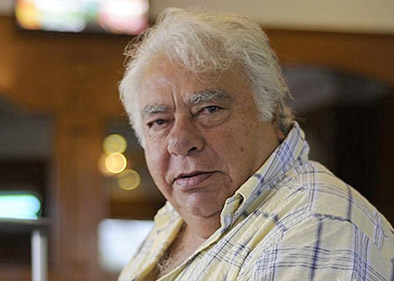 Farokh Engineer is a former Indian cricketer who was a prolific wicketkeeper-batsman during his playing career. During an International career that spanned over almost 15 years, Engineer was an integral part of the India team contributing greatly behind the stumps as well as being a thoroughly stylish and aggressive batsman. A true entertainer and infectious personality, Farokh Engineer is an incredibly popular and sought after cricket speaker appearing at a host of events and functions across the nation.

Having been educated at Podar College, Engineer began his First Class career playing for Mumbai, following a couple of impressive and fruitful seasons for the state, Engineer was selected to play for the Test Match team in 1961. Farokh went on to play in no less than 46 Test Matches for India during his professional career and following a debut in 1974, Engineer played in a total of five One Day Internationals and is often called upon to recount his experience as an internationally renowned player as a specialist cricket speaker at events.

The 1965 Indian Cricketer of the Year, Engineer was the wicketkeeper for the Rest of the World XI that played against England in 1970 and again in 1971-72 against Australia. A hugely prominent figure in both world cricket and Indian cricket, Farokh was awarded with the highly prestigious Padma Shri in 1973, a testament to the impact he was making on cricket. A fantastic cricket speaker, Engineer speaks of the early years in International cricket and what it took to eventually become an indispensable member of the team along with the honour he felt of receiving such accolades and selections.

A remarkably prevalent figure within county cricket and in particularly at Old Trafford largely due to the eight unforgettable years he played for Lancashire CCC, Farokh truly is a legend at the county. Contributing to hugely successful period for the county, during his work as a cricket speaker Engineer fondly reminisces on his time in English County cricket sharing his affection for the Red Rose county and recollecting Lancashire’s famous match against Derbyshire CCC where played stopped for snow much to the bemusement of Farokh who is used to a far friendlier climate.

Now 80 years old, Farokh Engineer is an incredibly well respected and distinguished cricket speaker, India’s go-to wicket keeper in between 1961 until 1975, Farokh is heralded for his stylish yet aggressive batting style and incredibly versatility able to bat, keep and perform as a leg break bowler. Since his retirement as a player in the 1976, Farokh’s popularity as a cricket speaker has only grown in both England and India.

Playing for both Bombay and Lancashire CCC during his domestic career Farokh Engineer’s understanding and experiences within the county game allow him to provide a unique and thorough insight into the domestic game during his work as a cricket speaker and translates incredibly well into events for both domestic clubs and fundraising events.

An instantly recognisable figure, Farokh has established a career as a cricket speaker and match referee working in the Indian Premier League which has provided further content for his work as a cricket speaker allowing him to share tales and anecdotes from the most lucrative tournament in cricket. A household name and wonderful cricketer, ‘Brylcreem Boy’ as he was affectionately known following his work endorsing the haircare product is available to hire as a cricket speaker for a number of events, dinners or presentation evenings. An infectious personality and high profile figure, Engineer’s presence at any event is certain to add to the glamour and prestige of any occasion.

When he’s at corporate events, Farokh is known to cover the following topics:

To book Former Indian Cricketer, Farokh Engineer, as the cricket speaker for your corporate event, function or conference, simply contact the Champions Cricket Speakers agency by filling in our online contact form. Alternatively, call a booking agent directly on 0207 1010 553.