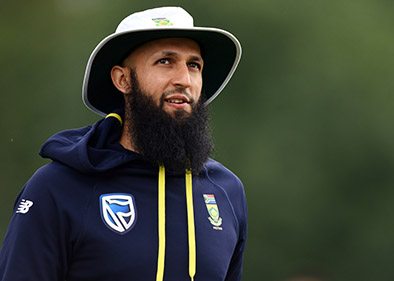 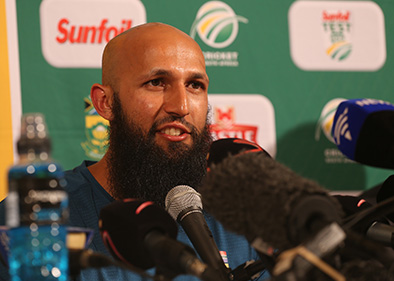 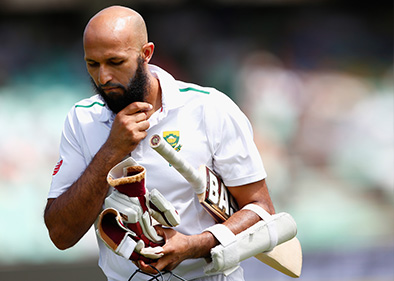 Arguably one of the most graceful and elegant people you could wish to meet, Hashim Amla is a true gentleman and a quite remarkably gifted batsman that plays for South Africa. A former captain and incredibly distinguished International player, Amla is a crucial member of the South African cricket team and has enjoyed an illustrious career that has spanned well over a decade. Amongst the most stylish batsman the game has ever seen, Hashim Amla has made quite the impact on the game of cricket and has succeeded around the world as a player and more importantly as a person. Considered as one of the most kind-hearted and endearing personalities in the cricketing world, behind an extraordinarily humble demeanour, Amla is a frightfully entertaining and mischievous character that is one widely regarded as being amongst the most popular and well respected figures within the game. A truly extraordinary personality, Hashim Amla is without doubt a legend of the game and will go down as one of the all time greats. Exuding wisdom and knowledge, Amla is an incredibly sought after cricket speaker around the world and commands and captivates huge audiences during his performances.

Born in Durban, Amla was a child prodigy and earmarked for greatness from a very young age. His leadership abilities were also abundantly clear and resulted in him leading the South Africa Under 19 team and the KwaZula-Natal 1st XI at the age of just 21. Cited as the future captain of the South Africa cricket team, it was Amla’s batting style and prowess that captured the attention of the nation following consistently outstanding performances for both his domestic team and the South Africa A side including 4 centuries at the start of the 2004-05 season. Called up to the South Africa team in 2004, Amla made his debut in Kolkata however he made a slow start to his career and his technique was met with huge criticism following disappointing performances against England and India. Renowned for his unrelenting work ethic and desire to succeed, Amla really is the consummate professional and regarded as one of the hardest working players in the world. Following his disappointing start to his International career, Amla went back to domestic cricket and refined his technique and psychology through hard work and dedication, qualities he discusses as a cricket speaker along with how he dealt with the adversity and widespread scrutiny he received.

Returning to Test Cricket in outstanding fashion, Amla made a crucial and match saving 149 against New Zealand and recounts this lifechanging innings during his work as a cricket speaker in what is a truly remarkable and inspirational story. Amla never looked back from that innings subsequently continuing this success scoring 1599 runs at an average of 57.10 in his next 19 Tests, solidifying his position as South Africa's number 3 batsman for many years to come. A tendency of accumulating large scores, Amla scored 253 not out against India in 2010 and has since gone on to score a number of double and triple hundreds. Initially prolific in the longest format of the game, Hashim made his One Day International debut in 2008 and took the limited overs format by storm becoming the fastest player in ODI history to reach 2,000, 3,000, 4,000, 5,000, 6,000 and 7,000 runs along with becoming the first South African batsman in history to score 25 ODI centuries. Shattering numerous records and continuing to do so, Amla is a prolific batsman in all formats of the game and during his work as a cricket speaker discusses how to adapt to different situation and conditions along with sharing the hard work, drive and determination required to succeed at the highest level.

Only the fourth cricketer to score 25 centuries in Test Match and One Day International cricket putting him in a bracket of true legends of the game, Hashim Amla is also the first African batsman to score a triple century in Test cricket, a feat which he achieved making a scintillating and unforgettable 311* against England at The Oval. Having played county cricket for 5 different teams in England, Amla has also played in the Caribbean Premier League and the Indian Premier League showcasing his ability to expand his stereotypical classical style to succeed in all cricket. Considered and ranked as one of the best players in the world for all three formats and already earmarked to be inducted into the ICC Hall of Fame, Hashim Amla is available to hire as a cricket speaker for any event, dinner or function.

To book South African Batsman & Captain, Hashim Amla, as the cricket speaker for your corporate event, function or conference, simply contact the Champions Cricket Speakers agency by filling in our online contact form. Alternatively, call a booking agent directly on 0207 1010 553.