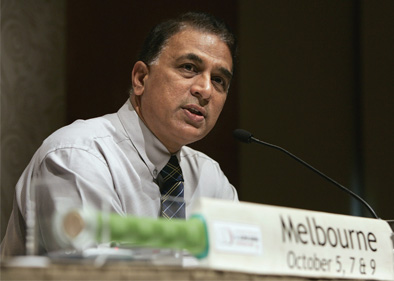 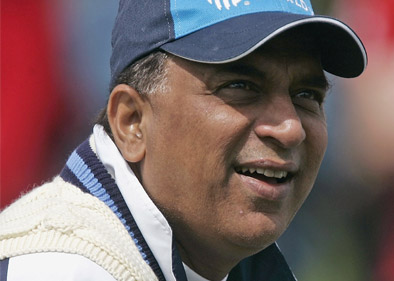 Sunil Manohar Gavaskar is a former Indian international cricketer who played from the early 1970s to late 1980s for the Mumbai cricket team and Indian national team. Widely regarded as one of the greatest Test batsmen and best opening batsmen in Test cricket history, Gavaskar set world records during his career for the most Test runs and most Test centuries scored by any batsman.

He held the record of 34 Test centuries for almost two decades before it was broken by Sachin Tendulkar in December 2005. He was the first person to score centuries in both innings of a Test match three times. He was the first Test batsman to score 10,000 Test Runs in a Career and now stands at number 12 on the group of 13 players with 10,000+ Test Runs.

Gavaskar was widely admired for his technique against fast bowling, with a particularly high average of 65.45 against the West Indies, who possessed a four-pronged fast bowling attack regarded as the most vicious in Test history. His captaincy of the Indian team, however, was less successful. Turbulent performances of the team led to multiple exchanges of captaincy between Gavaskar and Kapil Dev, with one of Gavaskar's sackings coming just six months before Kapil led India to victory at the 1983 Cricket World Cup.

Gavaskar is a recipient of the Indian civilian honours of the Padma Shri and the Padma Bhushan. In 2012, he was awarded the Col CK Nayudu Lifetime Achievement Award for Cricket in India.

On 28 March 2014, Supreme Court of India, appointed Gavaskar as the Interim BCCI President primarily to oversee 7th Season of Indian Premier League. The Court also directed him to relinquish his job as a Cricket Commentator.

When he’s at corporate events, Sunil is known to cover the following topics:

To book former Indian International Cricketer, Sunil Gavaskar, as the cricket speaker for your corporate event, function or conference, simply contact the Champions Cricket Speakers agency by filling in our online contact form. Alternatively, call a booking agent directly on 0207 1010 553.