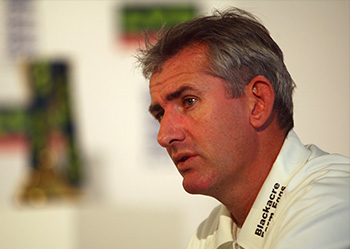 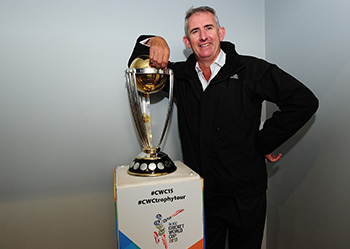 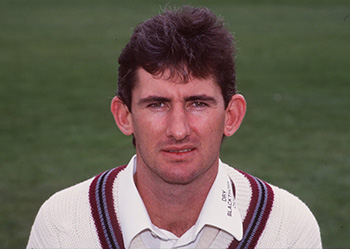 Andrew Caddick is a former England cricketer who enjoyed a wonderful International career in both Test matches and One Day Internationals. Born in New Zealand, Caddick’s incredibly successful career as the spearhead of the England attack has led to him being an incredibly demanded cricket speaker on the after dinner speaking circuit. An imposing figure standing at 6ft 5in, Andy Caddick took an impressive 13 5 wicket hauls during his England career that spanned over a decade.

Caddick grew up in Christchurch with his English parents and embarked upon a sporting career whilst still at school. Joining the New Zealand Young Cricketers in the late 1980’s, Caddick made three appearances for the youth team before moving to England in search of more professional opportunities. Following his arrival in England, Caddick represented Middlesex Second XI where his impressive performances led to him becoming a part of the first team at Somerset CCC. Caddick remained in Taunton for over two decades and went on to become a legend at the club. During his stay at the club Caddick often worked as a cricket speaker for the club and appeared at many events across the nation as he still does to this day.

An extensive and illustrious player for Somerset CCC, Andy Carrick remarkably bowled over 13,000 deliveries during his career with Somerset CCC, making his debut in the 1992 County Championship campaign , where took his first 10 wicket haul and ended the season with an impressive 71 wickets at a spectacular average of 27. Caddick was rewarded with a county cap, a tremendously proud moment which he recalls during his work as a cricket speaker along with his call up to the England A Team. An incredibly successful tour followed by an impressive start to the following season led to Caddick being selected to play for England.

Caddick’s debut was not as successful as he would have liked, involved in a dramatic ending to a game, Caddick was involved in a mix up with Illingworth that led to England losing the match and made for a popular story often told in Andy’s performances as a cricket speaker. More disappointment followed as Caddick initially struggled to establish himself in the England team and was dropped during the Ashes series as a result. Speaking of the disappointment that followed him being dropped, Andy Caddick speaks of the determination and resilience that was required for him to react positively to this challenge.

Caddick returned to Somerset and took three five wicket hauls in the final two months of the season and was soon recalled to the England team. Upon his return, Caddick took his first Test Match five wicket haul taking 6 for 65. He finished that series the leading wicket taker with 18 dismissals and another five wicket haul. Plagued by injury in 1994 and 1995, Caddick returned to full fitness in 1996 and enjoyed quite remarkable form taking 5 wickets in each innings against Warwickshire CCC in what would be the first of his three 10 wicket hauls during that season. Briefly recalled to the England team and taking 6 wickets in the match before being dropped again, Caddick finished the county season with yet another 10 wicket hall against Sussex CCC.

From 1996/97 Caddick established himself as an England player despite one newspaper one newspaper critical of his performance and comparing his performances to "a camel loping into one of the hot dry harmattans that blow off the Kalahari." With these comments as motivation, Caddick headed to New Zealand with a point to prove and that he did for years to come. During this period Caddick was not only Somerset’s most popular cricket speaker but also found himself as one of the most sought after sports speaker in the UK.

The Man of the Match award against South Africa in 1999 was just the start of the accolades for Caddick as went on to be named the 2001 Wisden Cricketer of the Year. An illustrious career, Andy Caddick made over 100 international appearances for England during his ten years playing for the team. Whilst a member of the England squad Caddick was frequently called upon to work as a sports speaker for the team, appearing at events around the globe promoting British sports and English cricketing achievements.

The 2007 season saw Caddick return to Somerset and lead from the front inspiring their rise from Division Two to the prestigious County Championship. Caddick finished the season as the leading English wicket-taker taking 75 wickets at 23.10 and etching his name in Somerset CCC history. Rewarded with two benefit years as a testament to his services for the club, Andrew Caddick will forever be revered and cherished by all at Taunton.

An incredibly approachable personality, Andy Caddick has an abundance of knowledge and experience from a career that spanned over two decades and he has accumulated a host of tales and anecdotes from his extensive career that are certain to bring an incredibly entertaining and informative aspect to any event. Former England fast bowler and the 2001 Wisden Cricketer of the Year Andy Caddick is available to hire as a cricket speaker for any event or function.

To book Former England Fast Bowler, Andrew Caddick, as the cricket speaker for your corporate event, function or conference, simply contact the Champions Cricket Speakers agency by filling in our online contact form. Alternatively, call a booking agent directly on 0207 1010 553.