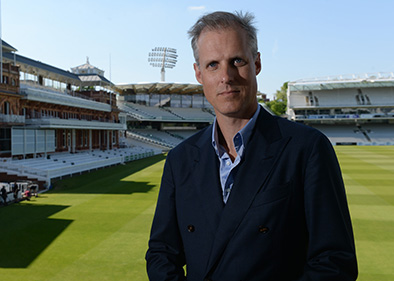 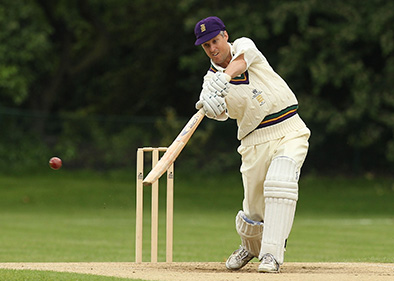 There are many strings to Ed Smith's bow. The first-class former cricketer, author and journalist is now National Selector for the England cricket team. The role has seen him make sizable contributions to England's scouting system. His move, finalised in April 2018, has seen a change in the way analytics are used and studied to make the best selection decisions for the team. In his role, Ed has a huge part to play in the present and future of the famous game. He heads up the new strategy and structure surrounding the country's scouting system.

He will be identifying new talent as well as the players who are ready to make a big impact. It is an exciting appointment and one that is considered just reward for his experience in the game and the esteem he is held in by other professionals within the game. Ed turned out for the Cambridge University cricket team in 1996 and began attracting major attention. His debut for the club saw him rack up a century when he took to the crease.

He left university as a first-class cricketer and with a double first-class degree. This extraordinary start for the young man saw him move to Kent, where he narrowly missed out on winning the County Championship with his team in 2004 and earned himself an England call-up. In 2005, he made the move to Middlesex and captained the team before his injury that ushered in his premature retirement. Ed was destined for big things and his injuries played a part in him falling short of his potential.

However, that says a lot about the gift that Ed had as a cricketer, with his performances still racking up thirteen seasons at county level. In his most successful season (2003) he held a batting average of 72.99 which saw him drafted into the England team, where he scored an impressive 50 on his debut at Trent Bridge. Since batting his last ball in 2008 for Middlesex, he became a critically-acclaimed author. His autobiographical book On and Off the Field was shortlisted for The Cricket Society Book of the Year in 2004.

His 2012 book, 'Luck: What it Means and Why it Matters' explores themes of luck, fortune and destiny. Since then, he has become a test match commentator for the BBC's Test Match Special. His charisma and cricketing insight has proven particularly popular with viewers and listeners around the country. He has become a regular columnist and reviewer for the likes of the Sunday Telegraph, the New Statesman and more.

His incredible career has made him a multifaceted talent capable of wowing audiences with his charming personality and knowledge on many topics including cricket. He has become a leading after dinner cricket speaker and inspirational speaker.

When at corporate events, Ed is known to cover the following topics:

Book Ed Smith, one of the leading inspirational and motivational speakers for corporate events, gala dinners, award ceremonies and charity events today. Simply contact the Champions Cricket agency by filling in our online contact form or by calling a booking agent directly on 0207 1010 553.