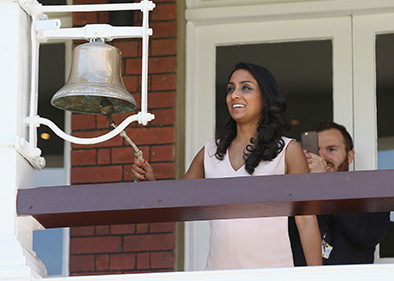 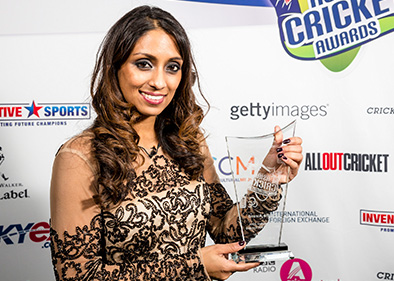 Isa Guha is a former female cricketer that is best known for representing the England Women’s cricket team and her work as a media personality and pundit. One of the first Asian women to play cricket for England, Isa is somewhat of a pioneer within the women’s game and a role model to many females across the nation. A leading broadcaster around the world, Guha has worked extensively for ITV Sport and Sky Sports covering some of the most prestigious matches and tournaments around the world. Alongside her work as a TV presenter and commentator Isa is also a prominent cricket speaker performing a number of after dinner speaker events across the nation.

A right arm fast medium bowler of Bengali descent, Isa made her Test Match debut at the age of just 17 against India in 2002 and her achievement and subsequent impressive performances led to her being named the BBC Asian Network Sports Personality of the Year. Going on to enjoy an incredibly successful and prosperous career as a player, Guha accumulated over 100 Women’s International appearances for England. A crucial and indispensable member of the England Women’s team, Isa was vital in England’s emerge as a superpower in the women’s game. Leading the England attack with her fantastic swing bowling abilities Guha’s best performance in One Day International cricket came against New Zealand when she took 5 for 22 against the team in 2004. The highest ranked bowler in Women’s cricket in 2008, in just her seventh Test match Isa recorded her best Test figures taking 5 for 40 and taking a total of 9 wickets in the match against Australia and won the Player of the Match award for her events as England retained the Women’s Ashes. An enigmatic and inspirational cricket speaker, Isa Guha discusses the highlights of her career and the pride and honour of becoming a role model for many young girls around the world.

Along with her heroics in the Ashes series, Guha is also well remembered for her wonderful contributions to England Women winning the ICC Women’s World Cup in 2009, a highlight of her career and a fond memory which he reminisces on during her work as a cricket speaker. A tremendous performer for the England Women’s cricket team, Isa Guha announced her retirement from international cricket in 2012 in order to pursue a career as a TV presenter and pundit. Continuing to play domestic cricket for Berkshire, Guha has worked extensively for ITV Sport as a TV presenter and has a vital role in the broadcaster’s coverage of the Indian Premier League and is quickly becoming a popular host and recognised asset within the sports presenting industry and has further increased her public notoriety by writing a column for BBC Sport.

Guha’s prowess as a presenter and commentator has led to her working around the world for Sky Sports continuing to cover the coveted Indian Premier League, International cricket and domestic cricket and her fantastic knowledge and exemplary presentation skills have elevated her to become a leading figure within the field.

The Ambassador of the Sporting Equality charity, Isa Guha is a leading figure within Women’s cricket as both a player and presenter and her time in the game has allowed her to compile a host of entertaining and insightful tales and anecdotes to share with guests along with sharing transformational advice that is applicable to all walks of life. A great of England Women’s cricket and leading presenter, Isa Guha is available as a cricket speaker for any event, dinner or presentation evening and she is certain to be an idyllic addition to any occasion.

When she’s at corporate events, Isa is known to cover the following topics: