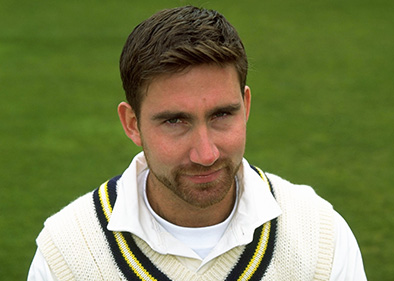 Ed Giddins is a former England and First Class cricketer who is best known for his time playing for Sussex CCC and Warwickshire CCC. A talented right arm fast-medium bowler, Giddins played in 4 Test Matches for his country following a ban and scandal that somewhat overshadowed his career. An incredibly successful domestic career that yielded over 700 wickets, Giddins is now an incredibly sought after cricket speaker that draws large audiences during his performances delivering truly insightful and mesmerising performances at events.

Giddins made his professional debut in 1991 playing for Sussex CCC, a club he remained with for the next seven years. Surrounded by controversy in 1996, Ed was dismissed under a dark cloud of drug allegations and banned from the game for a period of 18 months. An incredibly testing and difficult period in both his life and career, Giddins shares the emotional rollercoaster he encountered during this time along with the fundamentals that allowed him to return to the game and flourish to eventually gain International recognition.

Following his time in Brighton, Ed Giddins went on to play for Warwickshire CCC, Surrey CCC and finally Hampshire CCC. Ending his playing career in 2003, Giddins retired with 478 First Class wickets and 229 List A wickets to his name to culminate what was a very successful career. Since his retirement Giddins has embarked upon a number of ventures including work as a cricket speaker during which he fondly reminisces about his time in professional cricket and shares the fundamentals to sustained success at that level.

As well as playing for domestic British teams Ed Giddins also made a number of appearances on the English cricket team, making his international debut in 1999 against New Zealand at The Oval taking 4 wickets on his debut. Though he was not selected for the team’s tour of South Africa that winter Giddins returned as a player and cricket speaker for England the following year when he played an integral part in the team’s two Test victory over Zimbabwe, it was during this Test series that Ed Giddins took his best International figures, achieving 5-15 in the first innings, a wonderful return and obvious highlight in his career. During his work as a cricket speaker Ed discusses the pride and honour of playing Test cricket and fondly remembers that five wicket haul that will remain special to him forever.

Since retiring from cricket, Ed Giddins has worked extensively as a cricket speaker, although he has also broadened his area of specialism and now works as a professional poker player and poker analyst. He has also appeared on a variety of reality TV series including the second series of Channel 4’s Celebrity Five Go To, which he subsequently won. Giddins’ time on television coupled with his poker exploits have only increased his popularity as a cricket speaker.

A truly charming individual with an absolutely fascinating story to tell, Ed Giddins’ experiences in life and cricket provide a huge spectrum of the highs and lows one can endure along with vital life lessons which he shares with guests. A brilliant seam bowler, Giddins’ life story is certain to leave an impression on guests and resonate with many people dealing with their individual trials and tribulations. Ed Giddins is available to hire as a cricket speaker for any event, awards presentation or dinner and is certain to deliver a spectacularly insightful and entertaining performance.

When he’s at corporate events, Ed is known to cover the following topics:

To book Former England player, Ed Giddins, as the cricket speaker for your corporate event, function or conference, simply contact the Champions Cricket Speakers agency by filling in our online contact form. Alternatively, call a booking agent directly on 0207 1010 553.