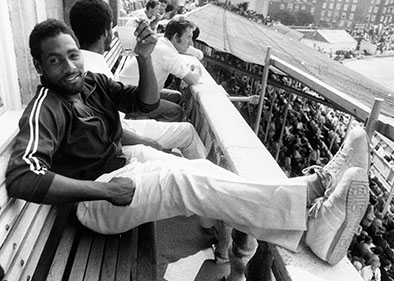 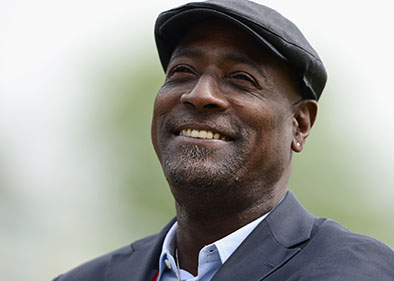 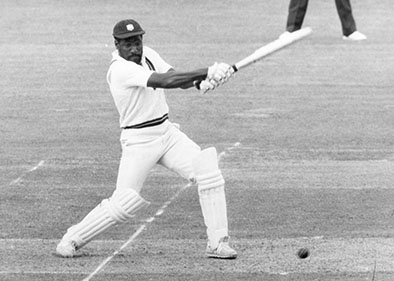 One of the most recognisable and famous players to have ever graced the game, Sir Viv Richards is a former West Indian cricketer who left a remarkable legacy on the game. Widely regarded as the most destructive batsman the sport has ever seen, Richards changed the face of cricket becoming one of the first batsman to dominate bowling and his calm and assured manner entwined with a steely determination made him a great crowd favourite and an intimidating prospect for opposition bowlers all over the world. Still renowned as one of the most exciting and devastating batsman of all time Richards had an incredible aura and ‘swagger’ that he become notorious for and was voted one of the five Cricketers of the Century. The epitome of the an icon, Sir Viv Richards is one of the most sought after cricket speakers in the world and his charismatic performances are forever leaving a lasting impression on guests.

Playing over 100 Test Matches and almost 200 One Day Internationals for the West Indies and also captained his nation for a number of years during which time he lead the team to winning more than half of their matches. A cult figure in world cricket, Sir Viv Richards was named the greatest ODI Player of all time by Wisden and the 3rd greatest batsman of all time. Richards scored 8,540 runs in 121 Test matches at an average over 50, including 24 centuries and entered a very select group of players as a result of his achievements. Richards was selected in the Wisden All-Time Test Match XI for his exploits in the longer format of the game and his First Class career yielded over 36,000 runs and included a staggering 114 centuries. The first batsman to score a Test century at a strike rate of over 150 and the former record holder for the fastest Test hundred of all time, during his work as a cricket speaker Richards speaks about his career in Test cricket and recollects the highlights and performances that led to his incredible reputation.

A spectacular performer in Test Cricket, Richards was arguably even more prolific in One Day International and changed the way the game was played forever. An incredibly aggressive batsman who dominated bowlers and struck fear into the opposition, Richards diverse and dynamic stroke play led to him enjoying one of the greatest limited over careers of all time. The fastest batsman to score 1,000 ODI runs taking just 21 innings to achieve the feat, Richards also became the first player ever to score a half century and take a five wicket haul in an ODI match and went one further to become the first player ever to score a century and take a five wicket haul in an ODI. Scoring almost 7,000 runs in One Day International cricket including a magnificent career best 189 not out which was selected the greatest ODI innings of all time and he became the first player to complete the double of scoring 1000 runs and taking 50 wickets in ODI history. Voted the greatest ODI batsman ever, as a cricket speaker Sir Viv Richards reminisces on his special career that transformed cricket forever and expresses his mindset towards the game that was integral to him becoming such a prolific player.

A true legend of the game, Sir Viv Richards has a stadium named after him and has also been knighted for his service to the game of cricket. Heralded as the greatest batsman many have ever seen and garnering praise, plaudits and adulation from his peers, pundits and supporters around the world, Richards is an occasionally works as a commentator and has also been a team mentor in both the Indian Premier League and the Pakistan Super League. A real gentleman despite his fame and stardom, Sir Viv is the idol of many cricketers around the world and will forever be remembered as a pioneer of the game. Sir Viv Richards is available to hire as a cricket speaker for any event, dinner or function and is certain to be a fantastic addition to any occasion.

When he’s at corporate events, Viv is known to cover the following topics: