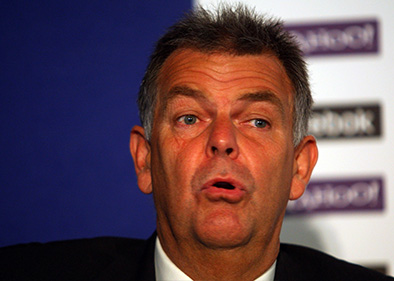 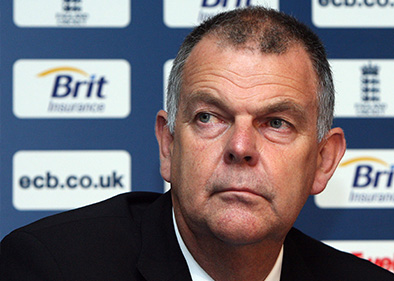 Former England cricketer and England and Wales Cricket Board (ECB) selector Geoff Miller OBE has experienced a wonderful career within cricket both on and off the field and is also a fantastic and highly sought after cricket speaker. An incredibly talented cricket, Miller represented England in almost 60 matches as a result of a quite prolific domestic career that saw him take over 1,000 wickets and score almost 75,000 runs. A true entertainer, Geoff Miller OBE regularly provides thoroughly entertaining and hilarious performances as a cricket speaker and this along with his incredible knowledge and experience have led to him becoming one of the most successful and popular cricket speakers in the country.

Playing his First Class cricket for Derbyshire CCC and Essex CCC, Miller was a useful right-handed batsman and fantastic off spin bowler. Making his first-class debut in 1973, Miller was named the Cricket Writers' Club Young Cricketer of the Year in 1976. The former captain of Derbyshire CCC, Miller led the county to the National Westminster Bank Trophy in 1981. Representing Derbyshire CCC for the last time in 1990, Geoff remains a legend at the club and in 2014 was elected as President of Derbyshire CCC. During his work as a cricket speaker Miller often reminisces on his career with the East Midlands county along with sharing stories of his time at Essex. Remembered for possibly enjoying the game a little too much and therefore not achieving his full potential, Miller has a host of hilarious tales and anecdotes to share from his career including his antics while fielding at slip with a whoopee cushion up his jumper!

As a professional player, Geoff Miller OBE took 888 first-class wickets across 283 first class matches and effortlessly transferred his form across to International duties, taking 60 wickets in 34 tests and 25 wickets in 25 ODIs. Despite never achieving a test cricket century Geoff has become one of the most sought after sports speakers on the cricket circuit, his diversity and talent marking him as a truly great player. Since his retirement, Miller has turned his attentions to sports governance and has become one of the most prolific cricket speakers in the UK.

As an after dinner speaker Geoff is applauded for his experiences across all levels of cricket as well as his commitments within the ECB across some of the greatest and most testing times the establishment endured. This diverse experience has left Miller with a variety of insightful and entertaining stories to share with cricket enthusiasts in his capacity as a cricket speaker. Elected onto the ECB Board of Selectors in 2008, a role he held for five years, Miller was responsible for identify and picking the players to lead the nation forward, a post which ultimately culminated in the awarding of an OBE for his services to sport. A highly prestigious and important role, Miller gained vital knowledge and experience from this position and of course in his typical manner also complied a number of amusing stories which he shares during his work as a cricket speaker.

Sitting through the home Summer Ashes’ win of 2013, Miller has tales to tell from both sides of the sporting fence; his insider knowledge and know-how allows him to deliver interesting and debatable speeches at specific cricket as well as sporting governance after dinner speaker events. An incredibly well respected and revered figure in the cricketing world, Miller’s illustrious career as a player coupled with his distinguished experiences in cricketing administration roles making him and an idyllic and tremendously well rounded cricket speaker. A magnificent entertainer who is certain to be a superb addition to any event, Geoff Miller OBE is available to hire as a cricket speaker for any cricket dinner, event or function and is guaranteed to be incredibly popular with guests and provide an unforgettably enjoyable occasion.

When he’s at corporate events, Geoff is known to cover the following topics: