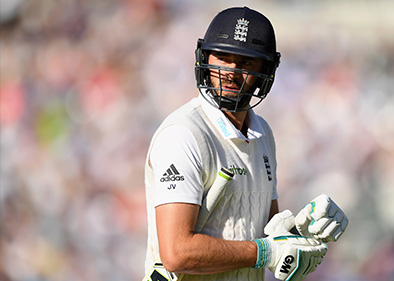 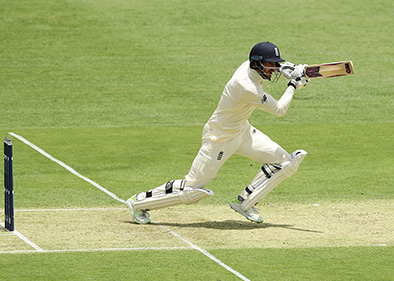 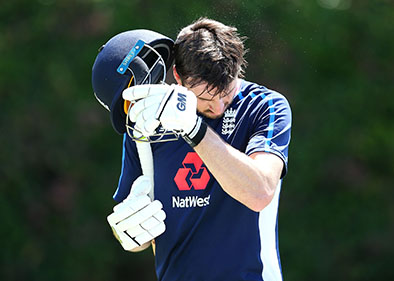 James Vince is a current England cricketer who is also the captain of Hampshire CCC. One of English cricket’s brightest hopes, Vince is earmarked to be the cornerstone of England’s batting for many years to come. A natural leader, Vince has captained youth England teams as well as his domestic team showcasing his tremendous leadership characteristics and ability to deal with pressure. An impressive all-rounder, James Vince had not always been dedicated entirely to cricket and before joining The Hampshire Academy had been a passionate footballer and previously trained as a player at the Reading Football Academy. A child prodigy destined for great things, James Vince is also an extremely impressive cricket speaker working extensively at events and engagements across the nation.

Leaving school at just 16 years of age in order to pursue a career as a professional cricketer, Vince graduated from the Hampshire Academy in 2009 and went on to make his First Class debut where he impressed earning him a call up to the England U19s. Following several successful seasons in domestic cricket in which he was consistently dominant, Vince’s prowess and prolific run scoring drew comparison to former England captain, Michael Vaughan. An indispensable member of the Hampshire team, Vince was a vital component of the victorious 2010 Friends Provident T20 and 2014 LV County Championship Division Two squads. At the helm of Hampshire’s years as the One Day kings of English cricket during his work as a cricket speaker Vince discusses the infancy of his career and the early success that led to him achieving his dream of playing for England.

A fine example of what hard work and commitment can achieve, Vince made his International debut in 2015 before really making an impact later that year against Pakistan when his exploits during his first International series led to him being named the Man of the Series. Following a single match in the 2016 T20 World Cup, Vince’s continual triumphs in County Championship cricket earnt him a Test Match call up. Having played in 13 Test Matches and 5 One Day International games to date, Vince has been involved in matches around the world including an Ashes Series, experiences which he speaks of during his work as a cricket speaker sharing insightful information about the step up required to compete at the highest level of the game.

Arguably the future of English cricket, the stylish batsman has already scored almost 10,000 First Class runs in addition to almost 4,000 List A runs at a combined average of almost 40. An England captain in the making, James is widely regarded as the personality to drive English cricket forward in all formats. Recognised around the world for his cricketing prowess, James Vince has represented Karachi Kings in the Pakistan Super League and the Sydney Thunder in the coveted Big Bash League allowing him gain valuable experiences of playing in other tournaments and conditions, knowledge he shares during his work as a cricket speaker.

With the remainder of his career in front of him and the world at his feet, an already impressive career makes for a truly exciting future for both Vince and English cricket. A special talent capable of single-handingly winning games of cricket, Vince has a host of tales and anecdotes to share with guests which are certain to provide a great deal of motivation and inspiration as well as entertaining the audience. A charming and thoroughly impressive personality, James Vince is available to hire as a cricket speaker for any event, dinner or awards presentation across the country.

When he’s at corporate events, James is known to cover the following topics: