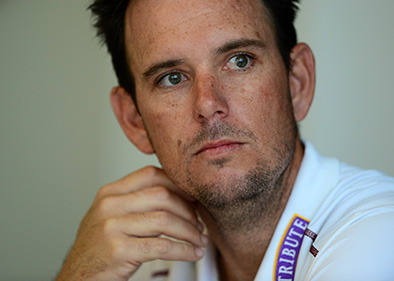 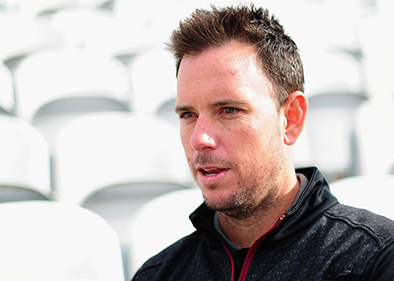 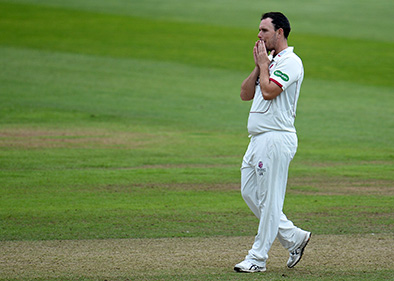 Jim Allenby is an Australian born cricketer who has been an incredibly effective and prominent all-rounder for a number of year. Having played for a number of First Class counties, Allenby has consistently been one of the most successful all-rounders in the country combining his aggressive batting style with his highly skilled and intelligent style of bowling. An extremely accommodating and approachable personality, Allenby has become a very popular cricket speaker on the after dinner speaker circuit.

Allenby began playing senior cricket for the Durham Cricket Board although he only played one game for the team and it was a further three years before he made another First-Class or List A appearance. With a lack of opportunity at Durham, Jim went on to play for Leicestershire CCC 2nd XI and impressed before eventually making his first team debut for the county in 2005. During his time playing for the 2nd XI, Allenby was playing club cricket for Brandon Cricket Club in the North East and scored a remarkable league record 266 in a 45 over match against Langley Park. During his work as a cricket speaker Allenby discusses the transition from Durham to Leicestershire and how we needed to prove himself before eventually becoming a regular member of the team.

During his time at Leicestershire CCC Jim Allenby played a vital role in the teams Twenty20 Cup win of 2006 scoring 64 and taking two wickets in the final against Nottinghamshire CCC. Already a memorable year for Allenby, in the final match of the season he made his County Championship debut and made a century in the first innings followed by a match winning 60 in the second in what was yet another unforgettable game. During his work as a cricket speaker Allenby fondly reminisces on his personal performances as well as sharing the joy and adulation of being a part of a trophy winning campaign.

Following a period playing for West Australia during the cricketing off season, Allenby made history in 2008 when he became the first Twenty20 Cup player to take four wickets with four consecutive balls bowling out fellow cricket speakers and Lancashire Lighting players Kyle Hogg, Steven Croft, Dominic Cork and Sajid Mahmood. After four years with Leicestershire CCC Jim Allenby moved to Glamorgan in 2009 where he was once again prolific, he remained at the county until the end of the 2014 season and whilst with the Dragons Allenby scored more than 730 County Championship runs and became hugely popular amongst Glamorgan’s fans. Whilst at the club the Aussie native would frequently attend sports speaker events or appear as a special guest at both fan and club functions.

In 2013, Jim Allenby topped the club’s batting averages in both the County Championship and Friends Life t20 averaging an impressive 60.10. Allenby finally left Glamorgan having contributed two centuries and nine 50’s to join Somerset CCC and reunite with former coach Matthew Maynard where he is spent four successful seasons before mutually leaving the club in 2018. Jim Allenby continues to work as a cricket speaker, though he is no longer tied to a single county and is available for hire for a variety of corporate or fan based events. Currently playing and coaching in local club cricket, Jim is incredibly well informed about the cricketing landscape at varying standards allowing him to resonate and relate to guests extremely well. Alongside his fantastic career as a player and the experiences garnered from an extensive and diverse career, Allenby’s experience as a captain also allow him to discuss leadership manners during his work as a cricket speaker. An enigmatic and exhilarating player, Jim Allenby is available to hire as a cricket speaker for any event, dinner or presentation award ceremony and is certain to be a magnificent addition to any occasion.

When he’s at corporate events, Jim is known to cover the following topics:

To book First Class Cricketer, Jim Allenby, as the cricket speaker for your corporate event, function or conference, simply contact the Champions Cricket Speakers agency by filling in our online contact form. Alternatively, call a booking agent directly on 0207 1010 553.