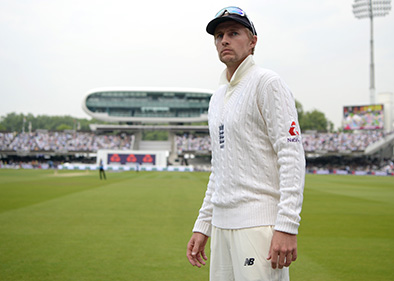 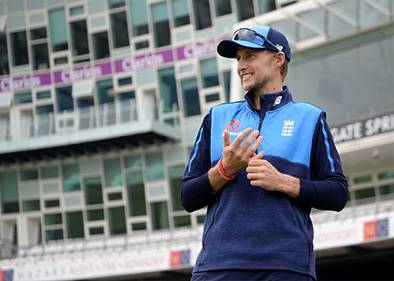 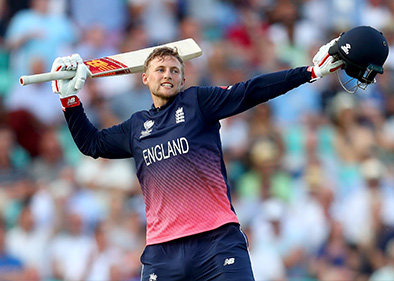 The current England captain Joe Root is arguably one of the best cricketers in the world, incredibly popular both on and off the cricket field despite his young age Root has been likened to former England captain Michael Vaughan for his playing style and shows great promise for the future of both national and domestic cricket. A highly talented batsman who also bowls very useful off spin, Root is the cornerstone of England’s batting and his appointment as captain at such a young age is a true testament to his ability and reputation. A prolific batsman who has received praise and adulation worldwide and the current England captain, Joe Root has quickly become one of the most sought after and popular cricket speakers in the country.

Born in Sheffield in 1990, Joe Root began playing cricket at a young age and following in his father’s footsteps joined Sheffield Collegiate C.C. where his idol and fellow cricket speaker, the aforementioned Vaughan, had also trained. A club that is incredibly close to his heart, Root can still regularly be seen at the club in between his commitments representing England. An incredibly proud Yorkshireman, Root remained in his home county and made his Second Team debut at Yorkshire CCC in 2007 and just two years later aged just 19, Joe Root made his First Team debut in the final Pro40 match of the season at Headingley. The childhood prodigy who was destined for greatness immediately made a smooth transition to professional cricket scoring a half century on debut and later described the experience as a “dream come true”.

An incredibly desirable cricket speaker across the nation, Root remains loyal to Yorkshire and frequently works as a cricket speaker for the club appearing at both corporate and club events as well as appearing as a guest on sporting broadcasts. During his performances he often discusses his emergence and path in cricket giving huge praise and gratitude to Yorkshire.

Alongside his success with Yorkshire CCC Joe Root is also known for his already impressive career with the England national side. Beginning with an unbeaten 70 in his England Under 19 debut at the U19 Cricket World Cup, Root instantly became one to watch and eventually went on to make his Test Match debut against India. Root’s Test selection came as a result of his consistent brilliance in County Championship cricket coupled with his obvious potential while in an England shirt previously. During his work as a cricket speaker Root shares the pride and honour he felt upon his selection for England and he is fantastic example to everyone of what can be achieved through hard work and dedication.

Joe Root built on an impressive start to his International career in fine fashion, going on to be an integral member of England’s team in all three formats of the game, Root was selected in the 2014 ICC Test Team of the Year something that would become a pattern along with being named the 2014 Wisden Cricketer of the Year. A wonderful talent, 2015 became the year Root cemented his position as the best batsman in the world, continually impressing in all formats of the game his exploits in the 2015 Ashes Series in particular where he scored 460 runs and was named Man of the Series elevated him to the number one spot in the ICC Test Match Rankings. That year Root was truly outstanding and he made vital contributions in almost every game for England ending the International season as England Limited-Overs Cricketer of the Year, England’s Test Cricketer of the Year, Fans’ Player of the Year and was also selected in the ICC ODI Team of the Year and ICC Test Team of the Year for a second successive season. An unforgettable year, Root fondly reminisces on the exploits that garnered International honours and recognition as well as discussing the standards and lifestyle required to reach the top.

Still relatively early into his career, Joe Root has taken part in two Ashes Series an ICC World Cup the Champions Trophy picking up a number of Man of the Match awards. Named the England captain in July 2017, in his first match at the helm of English cricket Root scored a spectacular 190 at Lord’s and in doing so became the 6th player to score a century on their debut as Test captain as well as recording the joint highest score. A humble and hard working leader, Root is a consummate professional with an unrelenting work ethic, as a cricket speaker Root speaks about the challenges of captaincy at the highest level along with the pressures and scrutiny that surround the most important role in English cricket.

Root continues to excel at national Test cricket and frequently appears as a cricket speaker for the national side. The current England captain, Joe has already scored almost 25 International hundreds and toured not only the United Kingdom but across the globe as both a cricketer and sports speaker. With an average of 50 across the board, Root’s versatility, consistency and ability to deal with pressure are almost unrivalled making him widely renowned as one of the best players in the world. A phenomenally gifted and special cricketer, England captain Joe Root is destined for greatness and he is available to hire as a cricket speaker for any event, dinner or function and will certainly add tremendous prestige and glamour to any event.

When he’s at corporate events, Joe is known to cover the following topics:

To book England Test Match Captain, Joe Root, as the cricket speaker for your corporate event, function or conference, simply contact the Champions Cricket Speakers agency by filling in our online contact form. Alternatively, call a booking agent directly on 0207 1010 553.