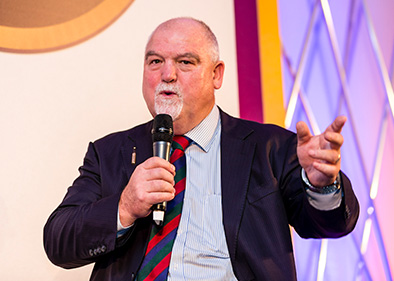 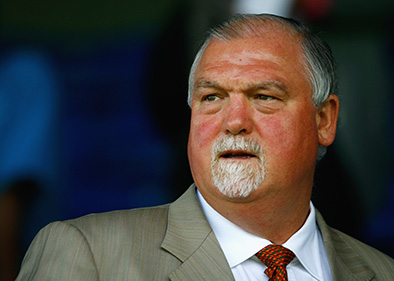 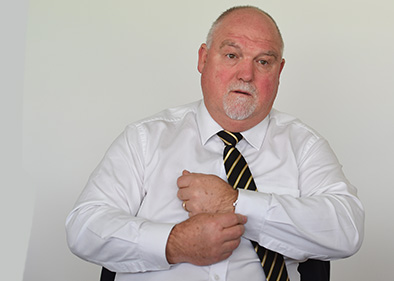 Mike Gatting OBE is a former English cricketer who played First-Class cricket for Middlesex C.C.C and captained the England national team. In a career that spanned over two decades, Gatting played first-class cricket for 23 years, representing England for 18 of them as well as holding the Captaincy for twenty-three Test matches between 1986 and 1988. The former England Cricket Captain turned Managing Director of Cricket Partnerships at the England and Wales Cricket Board (ECB), Mike Gatting OBE continues to enjoy a career within cricket following his retirement; currently on the board with the ECB, Gatting is continually involved within the top level of the sport that he has spent his life competing at. Having experienced an extended period within the set-up, Gatting is the ideal candidate to fulfil after dinner speaking roles proving to be an exceptional cricket speaker.

Plying his trade for Middlesex CC, Gatting dominated English domestic cricket for many years however it took him several years to establish himself within the England team. A thoroughly consistent performer at County level earning him a tremendous reputation, it took Mike Gatting 54 Test match innings before he finally made his maiden Test century. Upon establishing himself as an integral member of the England team, Gatting was regarded as one of the most feared and prolific batsmen within the country. Alongside his tremendous batting prowess, Mike also gained a reputation as successful right arm medium pace bowler, and was named as one of ‘Wisden’s five Cricketers of the Year’ in 1984. His highest Test score of 207 was scored in Madras. Graeme Fowler also scored a double century in the same innings; it remains the only occasion where two English batsmen scored double centuries in the same innings of a test match. Gatting later captained England to a historic Ashes series victory in Australia in 1986/87, a truly iconic achievement, Gatting speaks of this incredible and rare achievement during his performances as a cricket speaker.

Gatting became notoriously known largely due to his involvement in the “Shakoor Rana affair” in which a disagreement between the England Captain and the umpire occurred after it was believed an illegal fielding manoeuvre took place. Tempers were already frayed following a string of umpiring decisions that had gone against England and the England team were unhappy that Rana was wearing a Pakistan sweater under his jacket. An on-pitch argument ensued, during the course of which Rana accused Gatting of breaking the rules and Gatting shouted 'We made the rules'. This exchange became a talking point for many years and is still spoken of to this day, Gatting himself states it is not an event he is proud of however he frequently expands on the topic during his work as a cricket speaker.

Following this controversial event that garnered global media attention, Gatting was removal as captain during a time which is famously known as the “Summer of four captains” in which England played the five test series against the West Indians, fielding 4 different captains. Gatting did however go on to captain the ‘rebel’ tour which occurred in South Africa in 1990, again a highly debated topic during his work as a cricket speaker.

Gatting was often the recipient of the oppositions greatest deliveries, famously in June 1993, during England's first innings at Old Trafford, Gatting received Shane Warne's first delivery – now heralded as the "Ball of the Century" during the Ashes series. Warne pitched the ball a foot outside leg stump and spun the ball past Gatting's bat to clip the off bail. The almost unplayable delivery is still widely admired and acknowledged to this day and makes for an entertaining extract during Mike’s work as a cricket speaker. During a one-day match in 1986, Gatting's nose was shattered by a ferocious delivery from West Indies fast bowling legend, Malcolm Marshall. Marshall later found shards of the nose embedded in the ball's leather, the incident set the tone for the hostile series as the West Indies' fearsome pace attack spearheaded England's thrashing 5–0. This delivery left lifelong markings on Gatting’s face and has become a distinctive feature bringing the injury to the forefront of everyone’s mind.

Since his retirement from first-class cricket in 1998, Mike Gatting has since worked as a coach and commentator, the former President of the Lord's Taverners for 2005–06 and the Marylebone Cricket Club (MCC) for 2013–14. Gatting is currently in his second term as an elected member of the MCC committee and is also a co-opted member of the Middlesex C.C.C. Executive Board. Since October 2017, Mike has been the Chairman of MCC's World Cricket committee along with being a huge advocate and Ambassador for Indoor cricket around the world, expanding both the popularity, appeal and participation.

A real character of the game with an abundance of tales and anecdotes to share from his glittering exploits within cricket, Mike Gatting is an excellent addition to your event as a cricket speaker. Mike’s popularity as a keynote speaker and after dinner speaker is extremely high, with people wanting to hear his side of the story with regards to some of the most controversial moments in English cricketing history.

Currently involved within the ECB’s set up, Gatting’s life is entirely full of Cricketing controversy and stories. A desirable after dinner speaker and cricket speaker who puts his spin on the events which could have been misconstrued by the press, Gatting will aim to set the record straight and deliver a memorable speech which will stay firm in the memory of all those in attendance. An English cricket legend, Mike Gatting OBE was named as one of Wisden's five Cricketers of the Year in 1984 and is available to hire as a cricket speaker for any event or function.

To book Former England Captain, Mike Gatting, as the cricket speaker for your corporate event, function or conference, simply contact the Champions Cricket Speakers agency by filling in our online contact form. Alternatively, call a booking agent directly on 0207 1010 553.