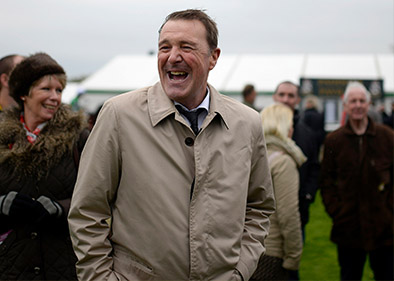 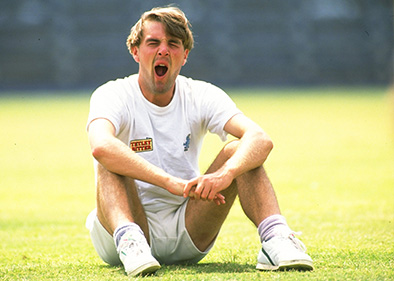 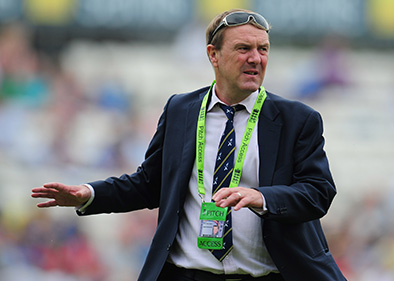 Former England cricketer and TV presenter, Phil Tufnell is now affectionately known as one of the captains on BBC’s ‘A Question of Sport’. Recognised during his cricketing days as an orthodox left arm spin bowler, Tufnell competed for Middlesex CCC for over 15 years until 2003 when he announced his retirement. A prolific wicket taker, “Tuffers” as he is affectionately known took over 1,000 First Class wickets; a creative cricketer, Tufnell transferred that skill set into becoming a TV presenter and again into being an accomplished cricket speaker and after dinner speaker.

As a slow left-arm orthodox spin bowler, Tufnell played 42 Test Matches and 20 One Day Internationals for England in between 1990 and 2001. Tufnell also played in 316 First Class matches, mainly for Middlesex CCC. Tufnell was occasionally inspired with the ball, taking 11–93 against Australia at The Oval in 1997, a performance that lead to him being named the Man of the Match and he also took seven wickets in the match including 6-25 in the first innings against the West Indies again at The Oval in 1991. Taking 121 Test wickets during his International career, Tufnell was renowned for his lesser ability as a fielder and batsman and his fielding in particular provided great entertainment and humour much at Tufnell’s expense. During his work as a cricket speaker Tufnell reminisces on his career as well as sharing hilarious stories about his fielding that led to a show appropriately named ‘Tuffer’s Duffers.’

Crowned King of the Jungle in hit ITV show ‘I’m a Celebrity…Get me out of here’, Tuffers was thrown into the limelight and his popularity with the British viewing audience being confirmed when he successfully undertook the Captaincy role on ‘A Question of Sport’ alongside 2003 Rugby World Cup hero Matt Dawson. Tufnell has hosted a multitude of TV and Radio shows since his retirement, including working on BBC Radio’s ‘Test Match Special’, a regular spot reporting on ‘The One Show’ and participating in ‘Strictly Come Dancing’ during 2009. Tufnell is quite the TV personality and his media commitments have caused him to develop a fantastic ability within keynote and after dinner speaking.

Part of the 1992 England cricket team who came runners up in the World Cup, Tufnell’s successful Television career has cemented his position as one of the most sought after sports speakers in England, especially when it comes to cricket speakers. His laddish attitude and behaviour has been embraced by the country, and his cheeky chappy mannerisms have caused the British public to accept him as a staple part of British media. A career which finished abruptly, some would say with unfinished business, Tufnell has a story to tell, an aspect which improves his suitability as an after dinner speaker. His charisma and witty attitude as a cricket speaker will connect with the audience seamlessly, creating the perfect atmosphere at your event.

An infectious personality who is certain to captivate and invigorate any audience, Tufnell is an incredibly entertaining personality who has a host of hilarious tales and anecodtes to share alongside sharing the abundance of knowledge and experiences garnered from his distinguished playing career. The former England spinner and renowned and instantly recognisable TV personality, Phil Tufnell is available to hire as a cricket speaker for any event, dinner or function and is certain to be an idyllic addition to any occasion.

When he’s at corporate events, Phil is known to cover the following topics: