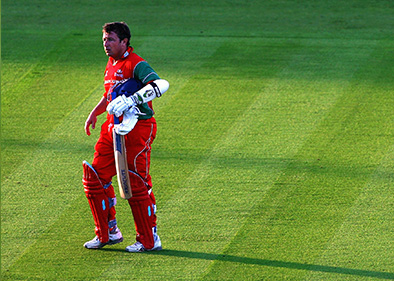 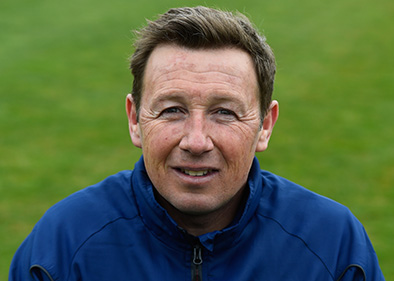 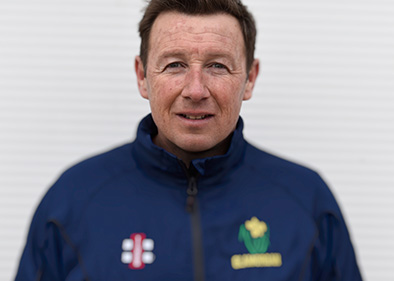 One of the most recognisable cricketers of the modern era, Robert Croft MBE played county cricket for 23 seasons, proving testament to his reputation as a hugely reliable and consistent performer for both club and country. Representing both England and Wales during his career, Croft has played in some of the nation’s most famous games in recent years and understands exactly what it takes to perform at an elite level of sport. A great cricket speaker, Croft has a vast array of tales to tell from his professional career including moments the cameras may not have picked up.

Beginning his career with Glamorgan CCC, Croft would go on to become a legend at the club and epitomise loyalty as he remained for the team for over two decades as a player becoming a stalwart figure. Consistently impressing in domestic cricket, Croft put Welsh cricket on the map and was rewarded for his wonderful off break bowling when he made his England debut in 1996 against Pakistan and made such an impression that he secured a place on the nation’s tour of Zimbabwe and New Zealand, taking his best figures of 5-95 in Christchurch and ended that winter with a highly impressive 18 wickets. During his work as a cricket speaker Croft discusses the pride and honour he felt when he received International honours as well as the impact his performances and selection had on Welsh cricket as a whole.

Following the 2004 tour of Sri Lanka, Croft announced his retirement from International Cricket to focus on his domestic club, Glamorgan. Robert’s International career saw him be a part of two Ashes Series as well as being a part of a number of other matches. Representing England in 21 Test Matches and exactly 50 One Day Internationals, Croft ended his career at the pinnacle of his sport scoring almost 1,000 runs in addition to almost 100 dismissals. Delivering anecdotal tales of his time on the international stage, Robert is a compelling cricket speaker who gives an insight into professional sport for every audience member.

Citing his desire to focus on his captaincy at Glamorgan CCC as the main reason for his International retirement, by 2007 Robert had created a new record for a Welsh cricketer by being the first to pass 1,000 First Class wickets as well as scoring over 10,000 runs. Upon taking his 1,000 wicket, the match against Leicestershire CCC was bizarrely stopped as Croft was greeted with huge applause and adulation from the crowd while champagne was brought on in the middle of the game to celebrate the benchmark, a quite remarkable and almost unheard of scenario, Croft hilariously recounts the procession that greeted his achievement as well as sharing his pride at reaching the landmark. With other achievements including the first Glamorgan spinner to take a hat-trick in 46 years, Robert received an MBE for his services to his sport in 2013.

The four time Glamorgan Player of the Year, Croft was granted a thoroughly deserved benefit year in 2000 and the former captain and consummate professional is sure to be an cricket speaker, using diverse knowledge and experiences along with his ability to tailor his content to suit all guests. Winning the County Championship, National League on three occasions and the National League Division 2 title, Croft is fully aware of what success means and looks like and shares his winning mindset and invaluable advice while working as a cricket speaker.

Occasionally commentating for Sky Sports, Robert Croft is also the head coach at his beloved home county Glamorgan CCC and continues to be the flagbearer for the club. A fantastic personality for events, Robert enjoys engaging with guests, answering their questions and signing autographs before addressing the audience with one of his intriguing talks as an after dinner speaker. A legend of Welsh cricket, the incredibly charismatic Robert Croft MBE is available to hire as a cricket speaker for any event or function and is certain to be an idyllic addition to any occasion.

When he’s at corporate events, Robert is known to cover the following topics: