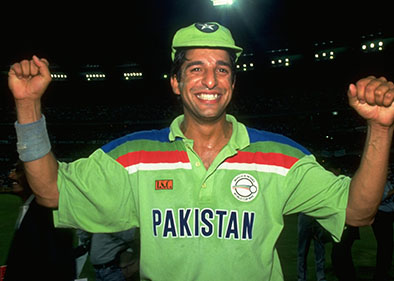 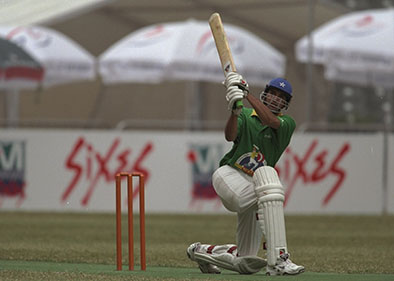 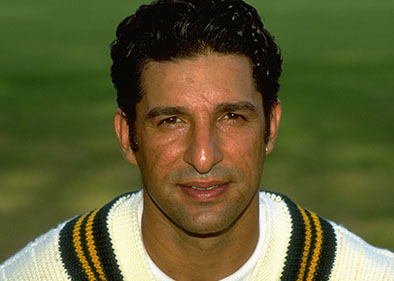 Acknowledged as one of the greatest bowlers of all time, Wasim Akram is a highly-respected figure within the game of cricket and a legend of Pakistan cricket. A left-arm fast bowler who could bowl with significant pace, Akram represented the Pakistan Cricket team in Test Cricket and One Day International Matches. The only Pakistani Cricketer to be named in the all-time Test World XI, Akram is Wisden Cricket’s highest ranked One Day International fast bowler of all time. A cricketing icon and one of the first and most renown exponents of reverse swing, Wasim Akram works extensively as a cricket speaker alongside his commentary and punditry commitments.

With a record breaking career full of accolades, Akram was known as the ‘Sultan of Swing’ and ended his glittering career which spanned over almost two decades with over 900 International wickets to his name. The only bowler ever to take more than 400 wickets in both Test and ODI’s, Akram’s extraordinary swing bowling talents made even rarer by his left arm bowling style make him arguably the most feared and destructive bowler of all time. The world record holder for the most wickets in List A cricket (881), Wasim was the first bowler to reach the 500-wicket mark in ODI cricket during the 2003 World Cup. During his work as a cricket speaker Akram shares his experiences from what can only be described as a special career while expressing his passionate drive and determination to be the best.

A legend and fan favourite, Akram became incredibly popular amongst the fans and captained the team as he did his own national team. A spectacular bowling talent, Akram also holds the record for the highest Test score by a number 8 for his career best 257 not out which included 12 sixes which is also a record for Test cricket. The only bowler to take four International 5 wicket hauls, Akram’s career was not always filled with glories as he was often at the centre of controversy none more so then ball tampering allegations in the English media which he discusses during his work as a cricket speaker.

A cricketing legend and icon, Akram’s professional career that yielded almost 15,000 runs and almost 2,000 wickets, a staggering accomplishment, is one of the most impressive careers the game will ever see. With an equally phenomenal reputation as a player and personality it is no surprise Wasim’s popularity is ever increasing. A prominent commentator and pundit, Akram’s expertise have also been in high demand as a coach and he has held a number of coaching roles namely in the Pakistan Super League and the Indian Premier League which further increase his stature as a cricket speaker.

An ICC Cricket Hall of Fame inductee, Wasim Akram has enjoyed a truly special career and will forever be etched into the history books of the game. Instantly recognisable and undeniably popular around the world, the Pakistani cricketing sensation and former Wisden Leading Cricketer of the Year, Wasim Akram is available to hire as a cricket speaker for any event, dinner or occasion.

When he’s at corporate events, Wasim is known to cover the following topics:

To book Pakistan Cricketing Icon, Wasim Akram, as the cricket speaker for your corporate event, function or conference, simply contact the Champions Cricket Speakers agency by filling in our online contact form. Alternatively, call a booking agent directly on 0207 1010 553.