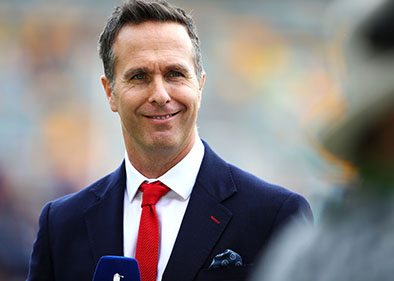 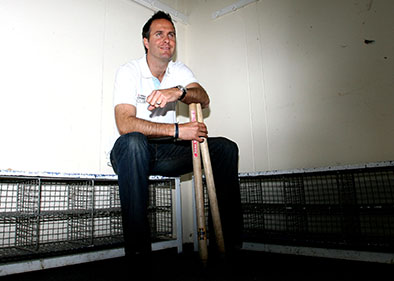 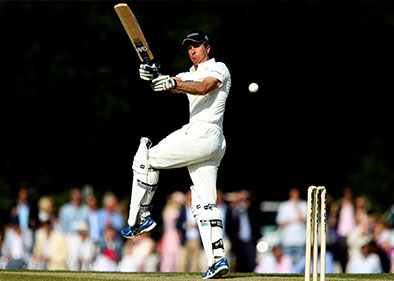 Former England Cricket Captain Michael Vaughan OBE is arguably the most successful England captain of all time. The 2005 Ashes winning captain, Vaughan played domestically and Internationally for over 15 years and went on to make over 160 appearances for England. Since his retirement in 2009, Vaughan has become a popular figure and personality on television and has turned his hand to commentary; these traits have translated across to his accomplished performances as a cricket speaker and an after dinner speaker.

Playing the entirety of his domestic career for Yorkshire CCC, Vaughan broke into the England side in 1999 having performed formidably in domestic cricket and impressing both as a player and captain of the England U19s. The 600th player to represent England in Test cricket, Michael made his maiden Test century in 2001 before scoring 900 runs in just seven Tests against Sri Lanka and India in 2002 including a duck and 100 during the first Test at Lord's and his highest innings score to date of 197 against India. Vaughan made 195 just a few matches later during that same series and also took the prized wicket of legendary Indian batsman, Sachin Tendulkar. During his work as a cricket speaker Vaughan discusses his development as a cricketer as well as sharing stories about the infancy of his International career.

Scoring 633 runs during the unsuccessful 2002/03 Ashes’ series highlighted Vaughan as one of the best batsmen in the world and went a long way to spring boarding his International career. Vaughan’s tremendous series saw him become the highest ranked batsman in the world and continued his rich vein of form by scoring 156 against South Africa before being appointed as the England captain. Discussing his reactions to being named the captain of England during his work as a cricket speaker, Michael Vaughan speaks of the obvious honour and privilege he felt along with sharing incredibly important leadership skills.

Thanks to his inspiring leadership and some incredible performances from the team, England regained the coveted Ashes urn in 2005 in what was the most historic and famous series that Test cricket has ever seen. An achievement that will forever be cherished in English cricket history, Vaughan’s ability to get the best out of his team and transform the team to beat a seemingly unbeatable Australia team was fantastic. Having lead the team Internationally at both Junior and senior level, Vaughan has an experience level which is currently unmatched within English Cricket- elements which have given him the ability to provide world-class talks as a cricket speaker. Vaughan and England’s achievement that summer led to them being named the BBC Sports Personality Team of the Year as well as seeing Michael nominated for the BBC Sports Personality of the Year award.

Completing his captaincy duties with obdurate, ruthless and focused efficiency, Vaughan has since taken on media commitments during his life after cricket. In 2012 he put on his dancing shoes to participate in the BBC hit show ‘Strictly Come Dancing’ and has been seen across many other shows, including ‘The Great British Sport Relief Bake Off’.

Vaughan has also become a proficient and renowned commentator, giving his advice and knowledge to BBCs Test Match Special coverage and being an integral member of Australia’s Channel 9 coverage of the 2013/14 Ashes. A multi-talented individual who has experienced both ends of the sporting spectrum, Michael Vaughan has plenty of experiences and knowledge which he can use in his role as an after dinner speaker and cricket speaker.

The former Wisden Cricketer of the Year, Ashes’ hero and one of the most prolific England Cricket Captains of recent years, Michael Vaughan is a thoroughly accomplished cricket speaker that is available to hire for a number of events, intriguing guests with his anecdotal tales of life at the top of his game. A legend of English cricket and one of the most sought after cricket personalities in the country, Michael Vaughan OBE is certain to be a fantastic addition to any occasion sharing a host of tales and anecdotes from his illustrious career.

When he’s at corporate events, Michael is known to cover the following topics:

To book Legendary England Captain, Michael Vaughan OBE, as the cricket speaker for your corporate event, function or conference, simply contact the Champions Cricket Speakers agency by filling in our online contact form. Alternatively, call a booking agent directly on 0207 1010 553.