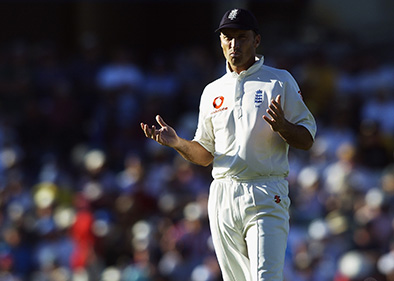 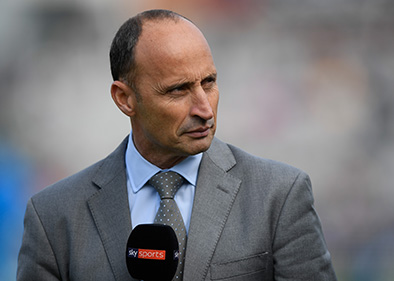 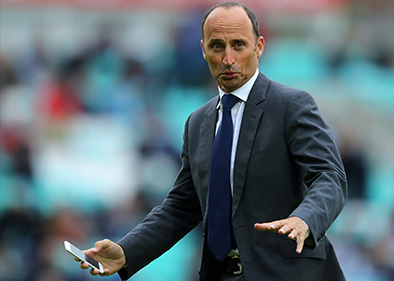 Nasser Hussain OBE is one of England’s most recognisable and popular cricket players. Having achieved huge success as a batsman at both county and International level, Hussain’s superior technique and patience to build large totals was admired globally as was his incredible passion and desire as the captain of the England team. A wonderful cricket speaker, Nasser has experienced elite sport for a number of years in some of his nation’s most successful times as well leading his nation to perform at a level of excellence. One of the major figures behind the transformation of English cricket, Nasser Hussain OBE is a remarkable cricket speaker.

Throughout his career, Nasser improved exponentially, mastering the drive and cut shot whilst maintaining a strong defence and supporting the team with excellent fielding ability in any position. Nasser’s talks as an after dinner speaker and cricket speaker cover his experiences in the game along with other key lessons for life, including overcoming adversity and maximising success.

Born in Madras, India, Nasser Hussain was selected for England initially on the back of 990 runs scored for Essex CCC in the County Championship of 1989. Becoming an England regular in 1996, Nasser was appointed as Vice-Captain of England that year before finally in June 1999, he was announced as the England Captain after 39 tests. Hussain’s appointment as Test captain coincided with Nasser becoming an elementary figure in the World Cup squad along with being named captain of his domestic club, Essex CCC. During his work as a cricket speaker Hussain discusses his pride and delight at being named the England captain as well expressing his affinity and fondness for Essex CCC.

During his time as England captain, Nasser accomplished something that has only been replicated by WG Grace and Mike Brearley, winning four consecutive Test series, Hussain masterminded England’s climb from last to third in the ICC Test Championship Ranking Table and as a result was widely regarded as one of England’s most able and impactful captains of all time. Nasser retired in the summer of 2004 by scoring 103 not out against New Zealand and this performance was epitomised by Nasser scoring the winning run, with his favourite shot – a cover drive. An illustrious career, Nasser is in constant demand as a cricket speaker, speaking on the highs and lows of a professional career in cricket.

Nasser Hussain ended his career with over 8,000 International runs in addition to over 31,000 professional runs during his spectacular career. An incredibly passionate player and captain, Hussain was involved in many battles and altercations with both opposition players and critics all of which he discusses during his work as a cricket speaker where he explains he simply viewed and used criticism and scrutiny as motivation.

Nasser has gone on to represent Sky Sports on their broadcasting and commentary teams providing expert views during England Tests and ODIs all over the world along with domestic cricket matches. An incredibly popular pundit that provides unique and insightful analysis, Hussain is also very entertaining in his work. Nasser’s accomplished media work can also be found in print as he contributes to a column in the Daily Mail and in his autobiography. An actor in a Bollywood film, Patiala House, Nasser’s eloquence and knowledge as a cricket speaker make wonderful after dinner speeches.

One of the greatest England captains of all time, Nasser Hussain is an incredibly intellectual and endearing figure that has the utmost respect in the cricket world. A player and captain who achieved so much, Nasser Hussain is available to hire as a cricket speaker for any event, dinner or function and is certain to provide an incredibly inspirational, motivational and insightful performance at any occasion.

When he’s at corporate events, Nasser is known to cover the following topics:

To book Former England Captain, Nasser Hussain, as the cricket speaker for your corporate event, function or conference, simply contact the Champions Cricket Speakers agency by filling in our online contact form. Alternatively, call a booking agent directly on 0207 1010 553.