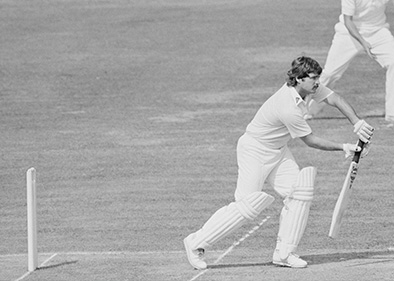 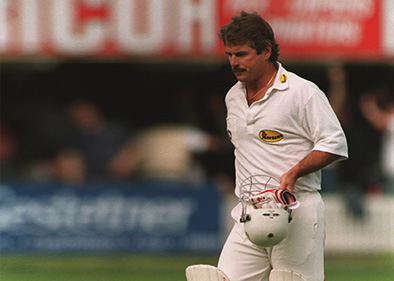 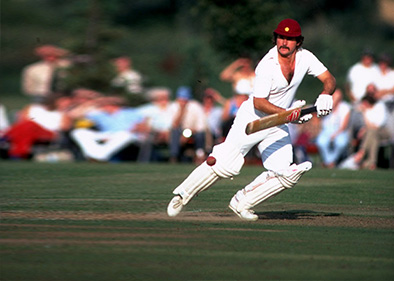 Allan Lamb is a former England player and captain turned commentator and analyst. Lamb, of South African descent played First Class Cricket for Western Province before coming to England to join Northamptonshire CCC in order to progress his career. Having played cricket during the hugely complex apartheid regime, Lamb’s experiences are truly unique and contribute to his huge popularity and demand as a cricket speaker and allow him to provide a truly insightful performance at a host of events.

As a schoolboy, Lamb attended the widely regarded Wynberg Boys' High School before joining Abbots College where his talent was immediately noticeable as he played cricket to a quite 'outstanding' level. Lamb’s schoolboy exploits led to him making his First Class for Western Province at the age of 18 in the Currie Cup. Lamb immediately made an impression making a half century however did not play for the following two years as he was subject to National Service in the South African Air Force. Upon his return to cricket, Alan Lamb joined Orange Free State where he went on to make the highest First Class score of his career, a spectacular 294 before he once again returned to Western Province.

Lamb went on the join Peter Kirsten and Garth Le Roux in their search of fame and a contract over in England in attempt to combat the political difficulty they faced in South Africa. Lamb’s move to England was a huge decision and something he discusses during his work as a cricket speaker explaining the reasons, implications and ambitions in the move he made. Lamb went on to sign for Northamptonshire CCC where he remained for 17 years, 13 of which were largely dominated by his involvement in International cricket. Lamb’s incredibly successful Northants career yielded two trophies in the form of the 1980 Benson & Hedges Cup and the 1992 NatWest Trophy. Lamb’s final year as captain saw the team narrowly miss out on winning the incredibly illusive and first County Championship title. Lamb’s remarkable First Class career saw him score over 32,000 runs at an average of almost 50 as well as scoring 89 First Class hundreds, an outstanding achievement. During his work as a cricket speaker Alan Lamb speaks with great pride about his First Class career and in particular about his cherished memories with Northamptonshire CCC.

Coming to England in search of International recognition largely due to the fact South Africa were banned due to the apartheid, Lamb finally fulfilled his dreams in 1982 making his Test and One day International debut in the same year. In a thoroughly distinguished and respected career Lamb made over 200 international appearances for England although many saw his Test match record did no justice to his phenomenal ability. Alan Lamb’s weakness against spin largely due to his South African heritage was a huge contributor to his underperformance at International level, he did however clearly showcase his talents and remarkable ability against fast bowling as he made 6 of his 14 Test hundreds against the legendary West Indies who were filled with the some of the greatest bowlers of all time. An England captain, Lamb was also part of two successful Ashes campaigns and speaks fondly of these glories during his work as a cricket speaker.

A tremendous performer in One Day International cricket, Lamb is perhaps best known for his exploits against Australia where in the 1987 Benson & Hedges World Series Cup against Australia, England required 17 runs to win from the final over with Australian, Bruce Reid standing at over a foot taller than Alan Lamb poised to bowl the crucial and deciding over. Lamb notoriously scored 18 runs off 5 balls (2, 4, 6, 2, 4) to lead England to a spectacular victory much to the delight of England fans who quickly acted upon the opportunity to make a banner for the following match which read, "Can Bruce Reid please call Allan Lamb on 24624". An incredibly fond memory, Lamb reminisces on this experience and feat with great pride and joy when he performs as a cricket speaker at a host of events.

A career surrounded by controversary often through no fault of his own and political fiasco, in 1992 Lamb was at the centre of cricketing controversary as he infamously accused the Pakistan team of ball tampering and was subsequently fined by the TCCB for the indictment. During his work as a cricket speaker Lamb sheds light on the reasoning and suspicions behind his claims along with expanding upon the darker sides of cricket which make for a fascinating insight.

Following his retirement as a player, Alan Lamb published his autobiography quietly aptly named Silence of the Lamb. An extremely popular and recognisable commentator and analyst, Lamb has worked extensively for Sky Sports and Channel 5. Alan has also engaged in ventures outside of cricket teaming up with fellow teammate, Ian Botham where the pair teamed up together with the English Beef and Lamb Executive to create an advertising campaign in an attempt to maximise the quality of meat through characters, ‘Beefy’ and ‘Lamby’.

The former England international, captain and Northamptonshire CCC legend is an incredibly knowledgeable and respected figure in the cricketing world. Lamb’s host of tales and anecdotes garnered from his fascinating career coupled with him tremendously wide array of experiences make Alan Lamb a fantastic addition to any cricket event, dinner or awards evening as a cricket speaker. A cricketing personality who has gained huge plaudits and has an indoor school named after him at Wantage Road, Alan Lamb is available to hire as a cricket speaker for any event.

When he’s at corporate events, Allan is known to cover the following topics:

To book Former England Captain, Allan Lamb, as the cricket speaker for your corporate event, function or conference, simply contact the Champions Cricket Speakers agency by filling in our online contact form. Alternatively, call a booking agent directly on 0207 1010 553.