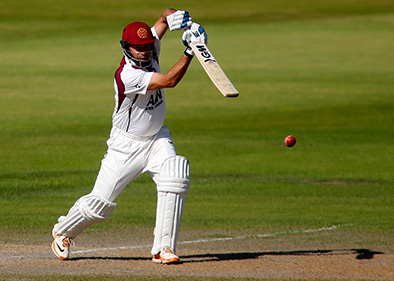 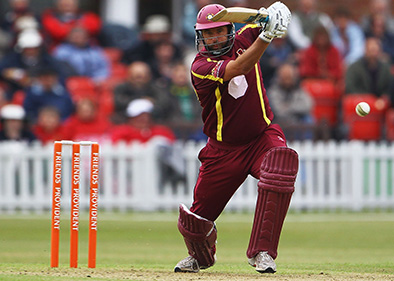 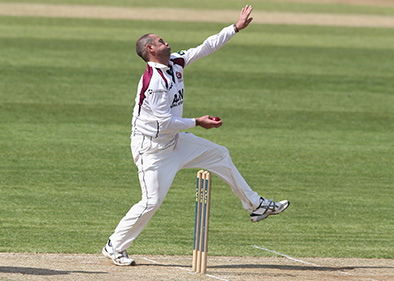 Andrew Hall is a former South African cricketer who represented Northamptonshire CCC and Gauteng. A tenacious all-rounder, Hall was an incredibly talented and intelligent cricketer who made the most of his ability and was a fierce competitor. Following his retirement from the game, Hall has become a popular figure in the after dinner speaking circuit where he work predominantly as a cricket speaker at events across the nation. During his work as a cricket speaker, Andrew Hall often speaks about his experiences within the game, the difficulties and pressures he faced along with sharing extremely pertinent leadership skills.

Born in Johannesburg, as a schoolboy Hall was educated at Hoërskool Alberton in Albertonm where his successful cricketing exploits initially led to his involvement in South Africa’s indoor team before transferring his skills to make his First Class debut in the 1995/96 season. Hall went on to successfully construct his First Class cricket playing for Transvaal, Gauteng, and Easterns. Hall continued to impress and eventually was rewarded with a call up to the South Africa team.

Hall’s first taste of international cricket came during the 2003 England tour where Andrew immediately made an impression taking 16 wickets in the Test series. During the same series Hall scored a match-winning 99 not out at Headingley however agonisingly missed out on a maiden Test hundred and in doing so became just the 5th batsman in Test cricket to have been stranded one run short of a hundred. This bitter sweet moment is often referred to by Andrew during his work as a cricket speaker.

The following season presented an opportunity for Hall to open the batting in Test cricket for South Africa and he relished the added responsibility going on to make a career best 163 against a very strong India tea. During his work as a cricket speaker, Andrew Hall fondly reminisces about his career highlight with great pride and joy.

Often seen as a One Day International specialist, Andrew Hall holds the record for the highest 8th wicket partnership in ODI’s and has also represented South Africa in two World Cup campaigns. In total Hall’s international career saw him represent South Africa on over 100 occasions, during this time he experienced an incredibly traumatic experience when in 1999 he was involved in a robbery at an automatic teller machine and shot in the left hand in an incident in which the burglar shot six times at Hall. Further trauma arose in 2002 when he was driven around in his own car with a gun to his head. Working as a cricket speaker, Hall recollects these horrific and tragic incidents that put his life in danger and cricket in perspective.

Andrew Hall’s affinity with England started in in 1999 where he represented the Durham Cricket Board in the Natwest Trophy before representing Worcestershire CCC in the 2003 and 2004 seasons. Further stints in County cricket came in 2005 and 2007 respectively where Andrew represented Kent before returning in 2008 to sign for Northamptonshire CCC as a kolpak, a stint he is best remembered for.

An incredibly popular and well revered figure during his time at Northamptonshire CCC, Hall used all of his international experience to aid the side to great success. Hall’s greatest achievement whilst at the club came during his tenure as captain where he led the side to promotion in the County Championship as well as registering his best bowling and batting performances in Twenty20 cricket. Hall’s 6/21 against Worcestershire in 2008 set a record for the best figures in the format.

Andrew Hall’s work as a cricket speaker breaches his time in both South African and English cricket in particularly recollecting both his individual and team achievements. Hall speaks fondly about his time at Northamptonshire during his work as a cricket speaker recalling how his ability to qualify as a kolpak benefited him as well as discussing English county cricket in great depth. A vastly experienced cricketer, Hall is certain to provide an entertaining and informative event sharing an abundance of tales and anecdotes from a distinguished career. Andrew Hall is available to hire for any event or function as a cricket speaker leaving a lasting impression on guests.

To book Former South Africa player, Andrew Hall, as the cricket speaker for your corporate event, function or conference, simply contact the Champions Cricket Speakers agency by filling in our online contact form. Alternatively, call a booking agent directly on 0207 1010 553.