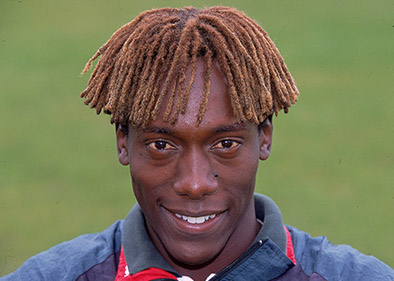 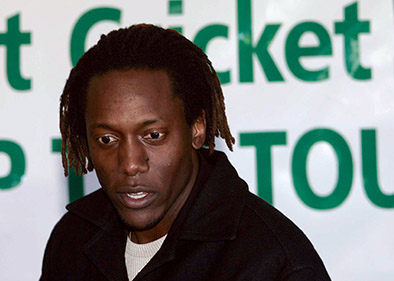 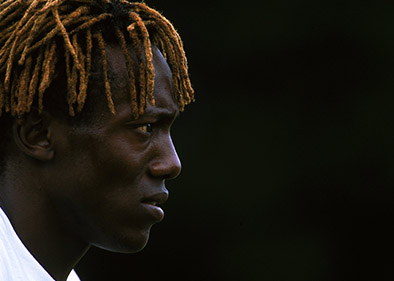 The first black player to represent Zimbabwe and the youngest to ever to so, Henry Olonga will forever be known for breaking down the boundaries and making history. Making his Test debut in 1995, he was forced into retirement in 2003 after receiving death threats after controversially wearing a black armband ‘mourning the death of democracy’ with then team mate and former England head coach Andy Flower, an act which resulted in him being ran out of his own country. A player who will forever be known in history for taking a stand for what he believes in, Olonga is a perfect cricket speaker offering a remarkable and eye-opening perspective from his life and career. An incredibly sought after and popular cricket speaker, Henry Olonga is without doubt one of the most inspiring and motivating cricket speakers of all time and is certain to leave an impression on his guests.

Making his first-class debut aged 17, Henry made his test debut in 1995 despite initially holding Kenyan nationality, changing allegiances to Zimbabwe and finally deputising aged 18 and 212 days. He went on to join the team for the 1996 World Cup establishing a regular place within the team between 1998 and 2003. Olonga represented Zimbabwe in over 30 Test Matches and 50 One Day International games currently holds the best bowling record for his country. During his work as a cricket speaker Olonga discusses what it was that made him at one time one of the best bowlers in world cricket and allowed him to help put Zimbabwe cricket on the map.

Henry’s promising career came to an end as however after he made a stand against the regime being controlled by Robert Mugabe when Zimbabwe took to the 2003 World Cup, hosted in South Africa.This noble act which has been recognised by many as a courageous and a brave one to undertake spelt the end to the promising career Olonga was constructing as death threats for his treason resulted in him relocating to England and leaving cricket behind. A devastating consequence for any player, Henry Olonga dedicated himself to social and political matters in search for equality for the masses in sacrifice for his own future. A remarkable act, Olonga shares the complexity and importance of the work he undertook along with the difficulties he endured during his work as a cricket speaker.

A courageous man who gave up the opportunity to live a fully-fledged international career to stand up for what he believed in, Henry Olonga is widely regarded as a hero and will be always known for what he achieved and what he did for the country he loves. A short but inexhaustible career which can be used to encourage people to stand up for their believes, Olonga is an inspirational, motivating and fascinating event host and cricket speaker.

His attendance at any event promises to enhance its credibility, with his story providing the ideal platform for an encapsulating and rousing keynote or after dinner speech. A controversial cricket speaker who will connect with anyone with an interest in sport, Henry Olonga is without a doubt one of the most inspiring sports speakers available. For a truly unforgettable and life changing event that is certain to make a lasting impression on guests for years to come, look no further and hire Henry Olonga as a cricket speaker for any event, function or occasion.

When he’s at corporate events, Henry is known to cover the following topics: