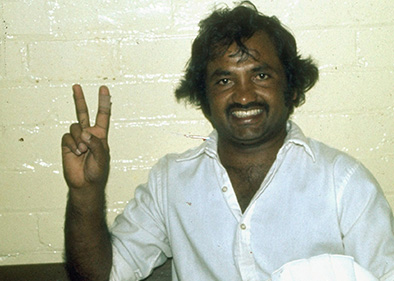 Mushtaq Mohammad is a former Pakistani cricketer and cricket speaker who represented his nation in 57 Test Matches and 10 One Day Internationals in between 1959 and 1979. A right-handed batsman and a leg-spinner, Mushtaq is one of the most successful Pakistani all-rounders of all time and has also captain his country in nineteen Test Matches. The first and only Pakistan player to score a hundred and take five wickets in the same Test match on two occasions, Mushtaq is one of the five Mohammad brothers, four of whom incredibly played cricket for Pakistan. Mushtaq recently coached the United States Cricket Team but has more recently returned to commentate for various Pakistani Television channels. A glorious cricketing talent, Mushtaq has also been credited for being one of the first and most regular exponents of the reverse sweep and his thoroughly distinguished career has led to him becoming an extremely popular cricket speaker both in the UK and in Pakistan.

Beginning his First Class career at the inconceivable age of just 13 years and 41 days, Mushtaq took little time to announce himself to the professional game scoring 87 runs and taking 5 for 28 on debut, a quite extraordinary debut for any player let alone someone merely entering their teenage years. Playing domestically for Karachi and Pakistan International Airlines, Mushtaq’s wonderful talents were also recognised around the world and in particularly by Northamptonshire CCC whom he played for for more than a decade in County Cricket and consequently scored more than 1,000 runs in every season during his time at the club. During his work as a cricket speaker Mushtaq discusses his emergence into cricket at such a young age as well as comparing English and Pakistani domestic cricket while sharing his unrelenting affection towards Northamptonshire CCC.

Captaining Northamptonshire CCC between 1975 and 1977, Mohammed led the side to victory in the Gillette Cup, the county’s first-ever trophy and to second place in the County Championship equalling the clubs best-ever position. Mushtaq scored over 70 centuries in a First Class career that saw him player over 500 matches. The first Pakistani to score 25,000 First Class runs, Mushtaq ended his career with over 30,000 runs, more than half of which came during his time playing for Northamptonshire CCC. A quite remarkable career, Mushtaq Mohammed’s career also included a record highest score of 303 not out to go along with his tremendous ability as a wrist-spinner where he was able to mystify batsman through his ability to bowl the legbreak, googly and flipper.

Alongside his spectacular domestic career, at 15 years and 124 days, Mushtaq Mohammed became the youngest player ever to play Test Cricket at the time, however some doubt exists as to his exact age. In just his 6th Test Match Mohammed made 101 and is believed to have been just 17 and 78 days old at the time of the innings breaking the record at the time to become the youngest ever Test centurion. One of only two players ever to score a double hundred and take 5 wickets in the same match, in 1970 Mushtaq ended the year with 777 runs at the average of 86.33. A staggering achievement, accolades and records continued for Mohammed as he captained Pakistan in 19 Test matches during which time he scored 121 and 56 and took eight wickets against West Indies to inflict a rare and historic home defeat on West Indies as well as leading Pakistan to a 2–0 win over arch rivals India when the two countries played their first series against each other in eighteen years in 1978–79.

A quite breath-taking career, it would quite possible to refer to Mushtaq Mohammed as a cricketing genius. Mohammed defied all odds during his career and went on to register and record someone quite unbelievable accomplishments. Having played domestically, Internationally and in the infamous World Series Cricket, Mushtaq Mohammed has a host of tales and anecdotes to share form his extensive and illustrious career and is available to hire as a cricket speaker for any event or function where he is certain to contribute to an unforgettable occasion.

When he’s at corporate events, Mushtaq is known to cover the following topics: