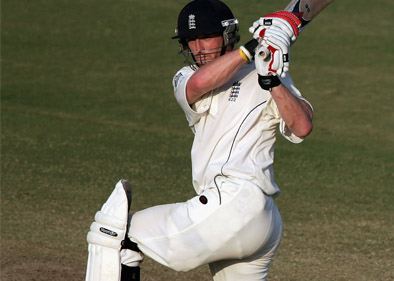 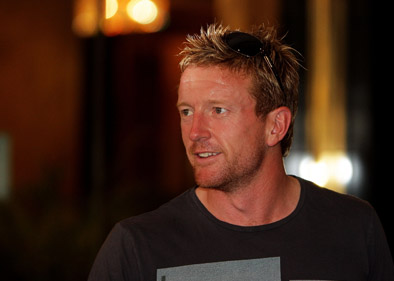 Paul David Collingwood MBE is a former English cricketer, having played all three formats of the game internationally for England. Collingwood played for Durham County Cricket Club and was the 2010 ICC World Twenty20 winning captain. He was a regular member of the England Test side and captain of the One Day International team. He is the first T20I captain for England.

He captained his county, Durham County Cricket Club for the final six seasons of his career. Collingwood is a batting all-rounder, whose batting combines natural strokeplay with great tenacity. He also bowls a reliable medium pace. Described as a "natural athlete", he was also regarded as one of the finest fielders of his time, usually fielding at backward point or 3rd or 4th slips in tests, he also deputised as wicket-keeper for England.

His first-class debut was in 1996 and he made his first appearance for England in One Day International cricket in 2001 and made his Test match debut in 2003. For two years he remained an occasional Test player but after selection for the final Test of the 2005 Ashes, he secured a regular place. His 206 during the 2006–07 Ashes was the first double century by an England batsman in Australia for 78 years and in a match that England lost. A series of three consecutive match-winning performances by Collingwood at the end of the 2006–07 Commonwealth Bank Series in Australia brought him enthusiastic approval in the British media. His "all-round display of incredible nerve and tenacity" helped to secure the trophy for England. In 2010 he led the England team to their first ICC trophy, the 2010 World Twenty20. He is England's most capped ODI cricketer and was until passed by Ian Bell in 2015, the leading ODI run scorer.

He announced his retirement from Test cricket in January 2011, during the 5th Test of the 2010–11 Ashes series. He finished on a high, becoming a three-times Ashes winner as England won a series in Australia for the first time in 24 years, with three innings victories contributing to a 3–1 win.

Collingwood retired from first-class and List A cricket in September 2018.

When he’s at corporate events, Paul is known to cover the following topics:

To book Former England Cricketer, Paul Collingwood, as the cricket speaker for your corporate event, function or conference, simply contact the Champions Cricket Speakers agency by filling in our online contact form. Alternatively, call a booking agent directly on 0207 1010 553.